After experiencing my first whale watching tour ever, with Sidney Whale Watching, I returned home with a better understanding and appreciation of marine life and the challenges it faces.

I was thankful that this tour was not just about seeing the whales, but it was also about educating the public on the critical situation that the Southern Resident Whales are currently facing. I appreciated how much respect our guide, Brian, had for the well being of marine life. 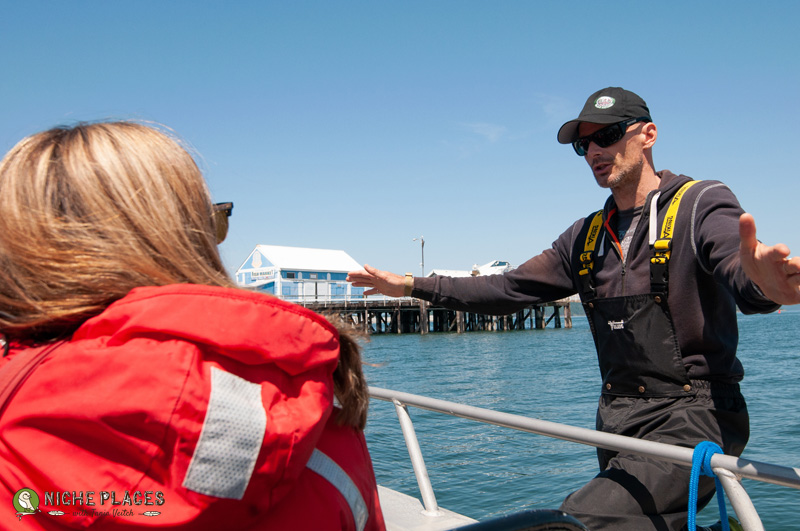 Brian was mindful of the boating rules and explained why they are in place. As of June 1st, all boating traffic must stay at least 400 metres behind a pod of orcas. This is to keep the waters as quiet as possible for their health. As we got within seeing distance of the pod, Brian geared down and slowly puttered to our vantage point where he then shut off the motor.

We were in luck this day! When I had originally asked, “How likely is it to see whales on your tour?”, the answer was, “Very likely.”

Transient orcas were spotted close by which isn’t always the case. Brian said that the other day they were spotted near Nanaimo. Even still, he takes his group to where the whales and orcas happen to be. He gets daily reports of whale sightings from various sources like BC Ferries, the Canadian Coast Guard, and local boaters and fishermen.

While en route to find a humpback whale that was sighted earlier, we visited Mandarte Island, a reserve for the largest seabird colony in the area. This small island was full of Double-Crested Cormorants and a few other bird species like albatross, gulls and Black Guillimot. This island is also predator-free so birds can live peacefully here without rodents gnawing at them while they’re sleeping. 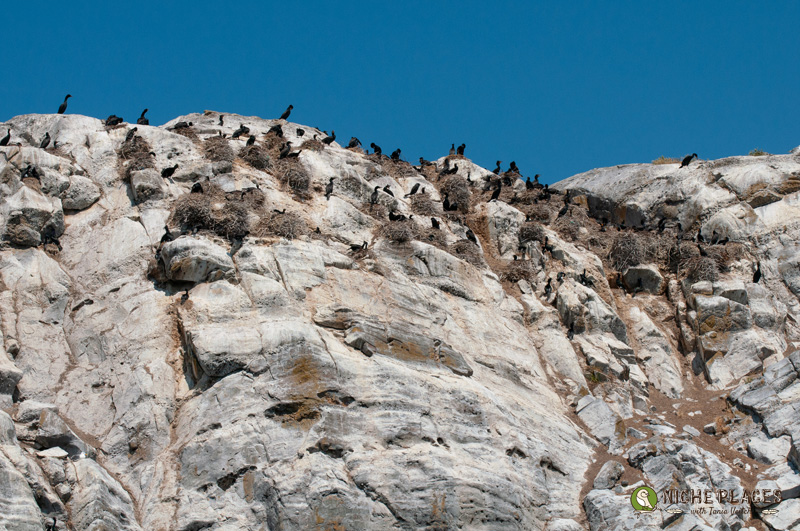 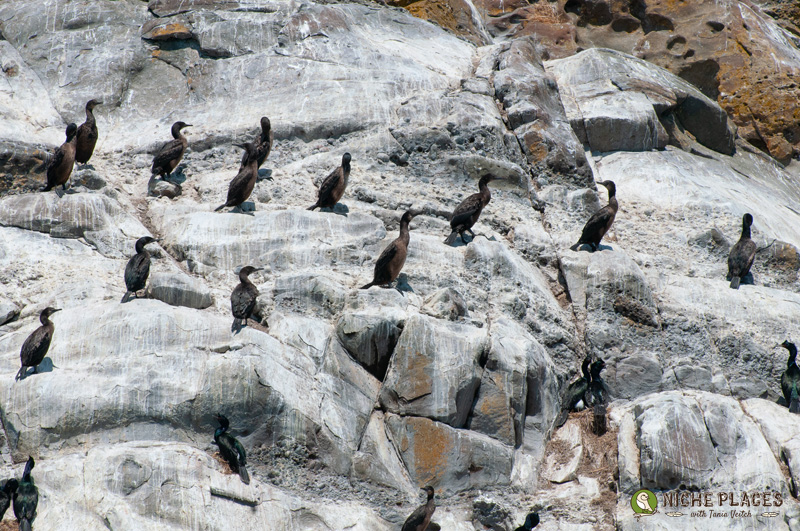 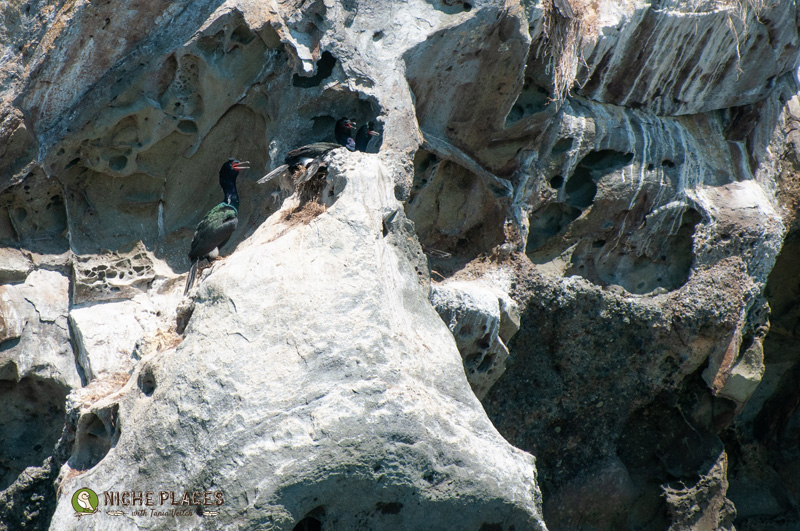 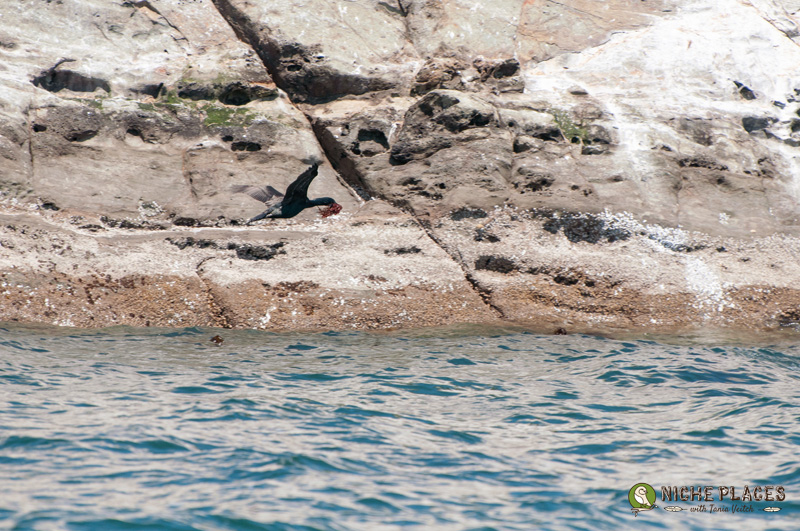 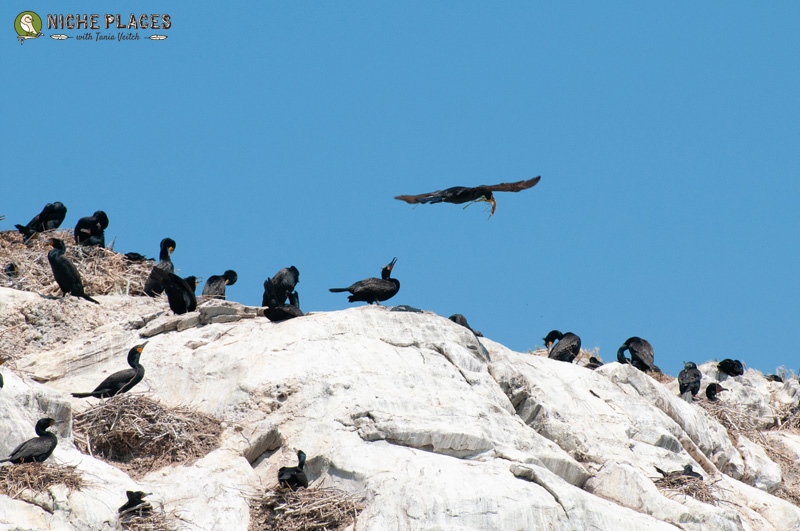 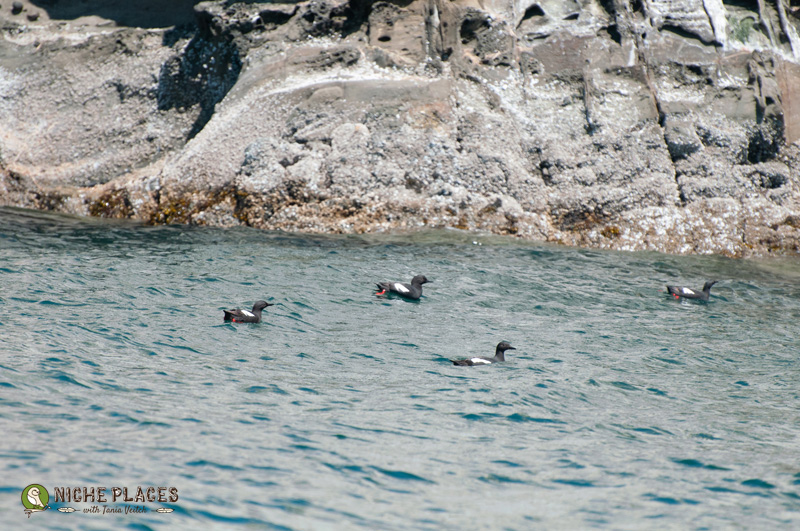 A humpback whale surfaced and made a loud hollow blow as it sprayed water into the air. It rolled its back displaying a small dorsal fin which doesn’t serve much purpose anymore since humpbacks travel slowly. Brian mentioned that evolution will likely do away with the fin completely. 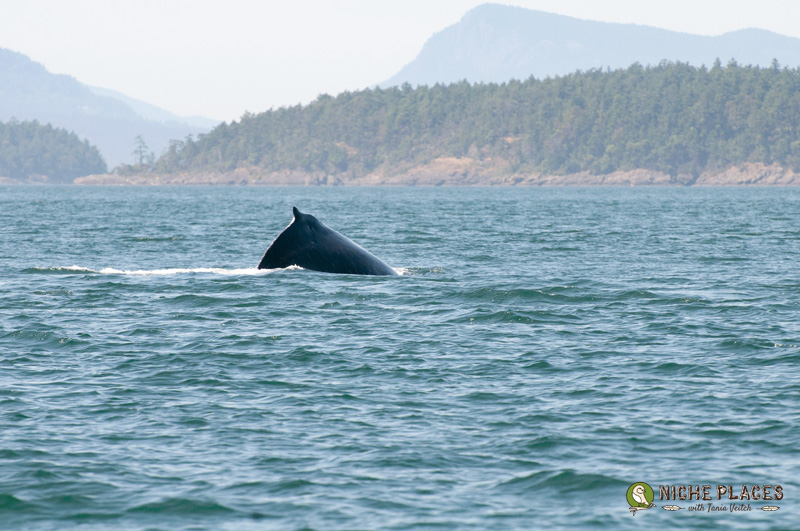 The whale showed us it’s wide flukes twice before diving deep again. Humpback whales will hold their breath for about 8 minutes before they resurface. 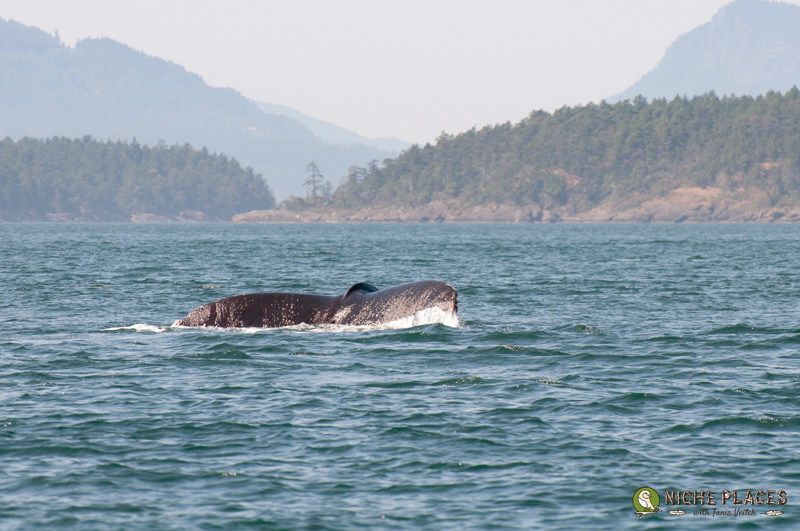 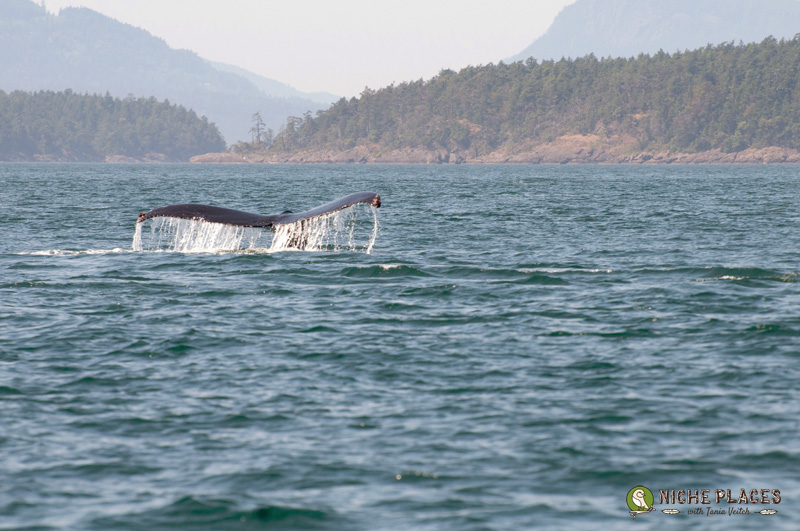 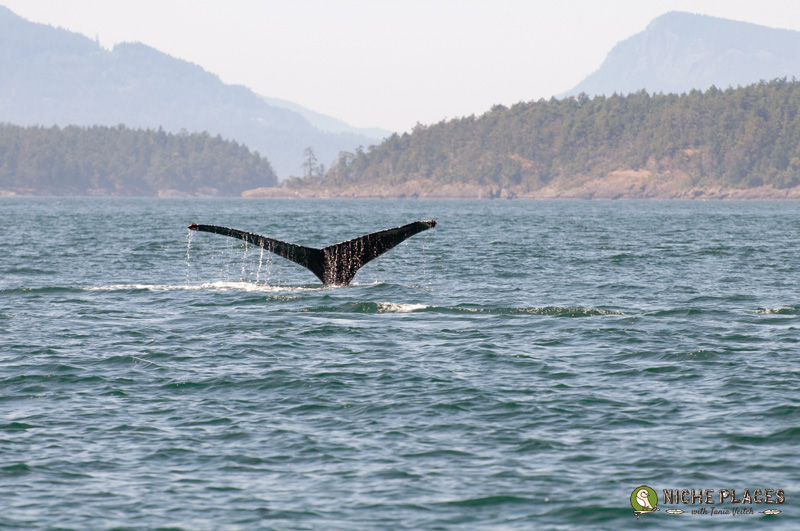 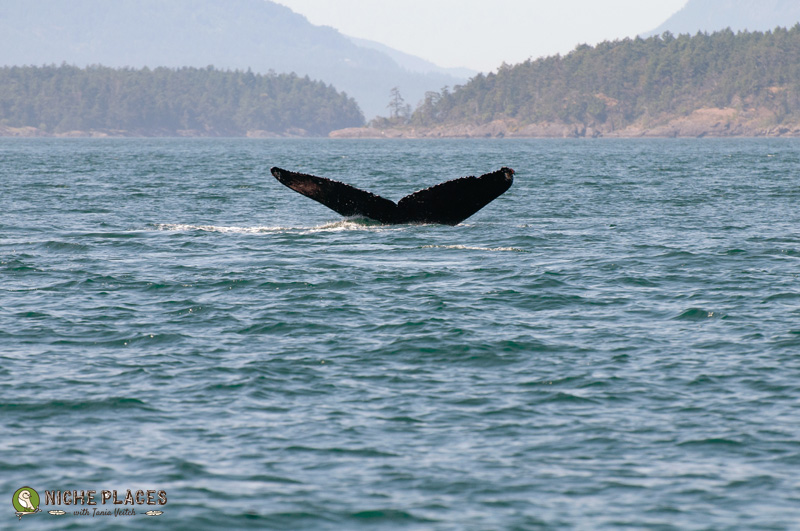 Next, we visited a vibrant pod of transient orcas passing through our waters. They breached at times and flipped their tails. They definitely seemed to be having fun! 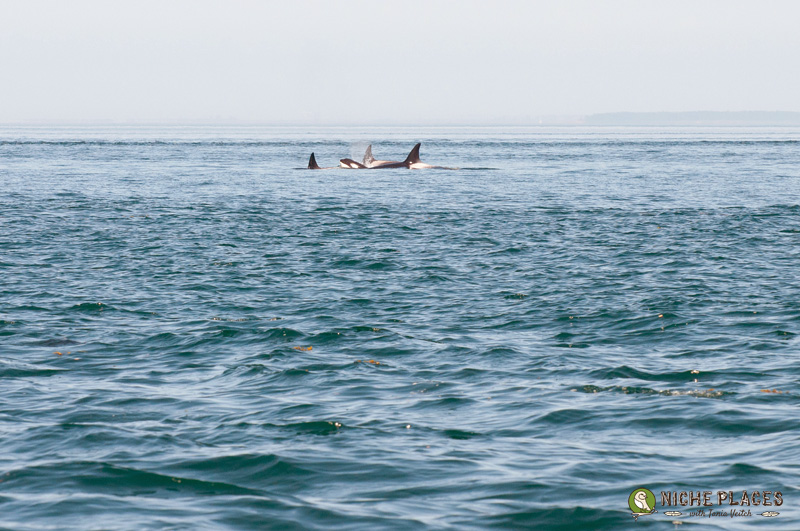 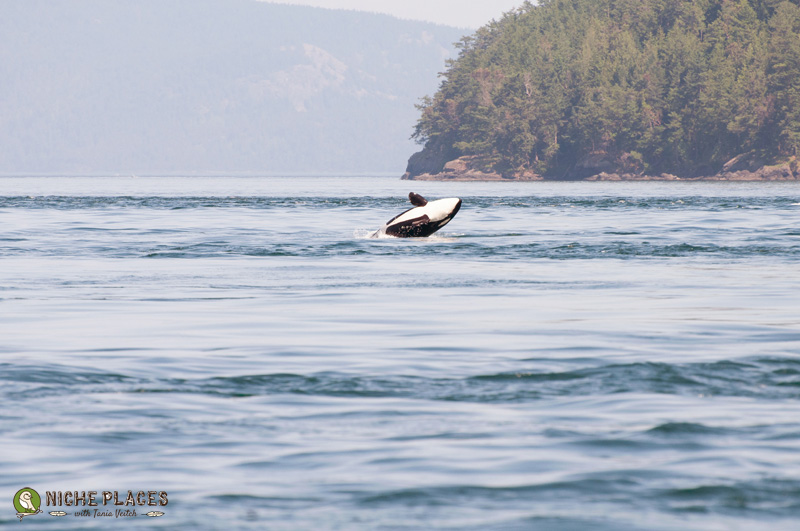 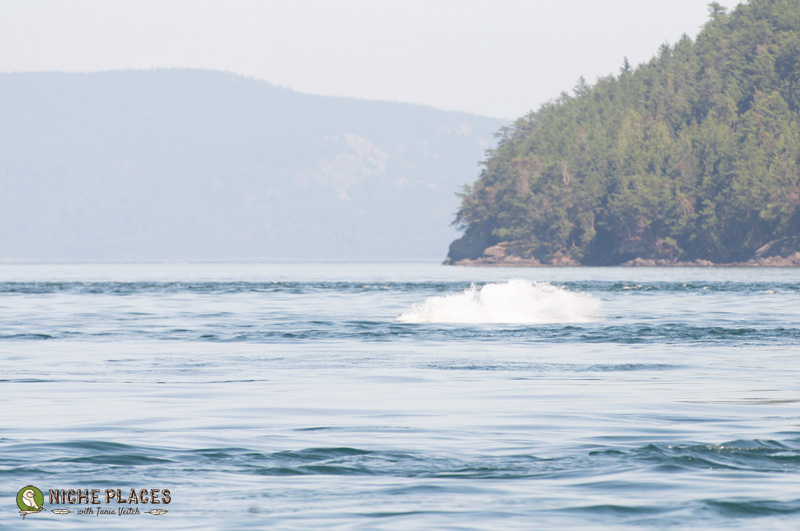 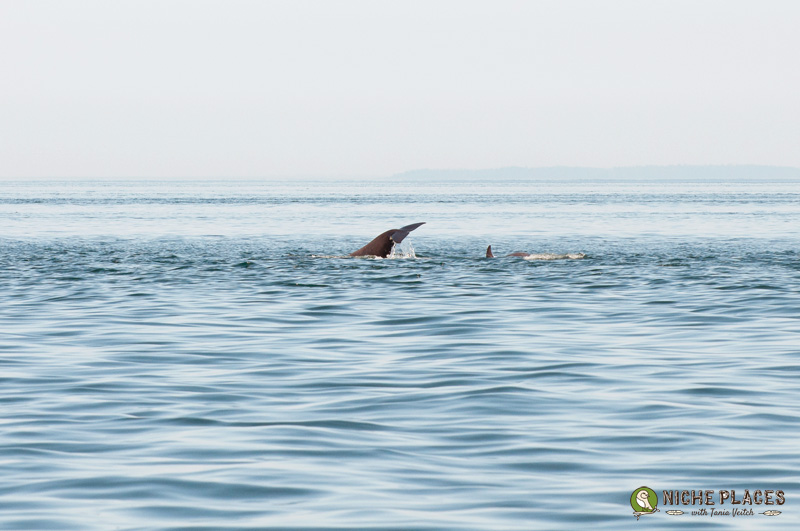 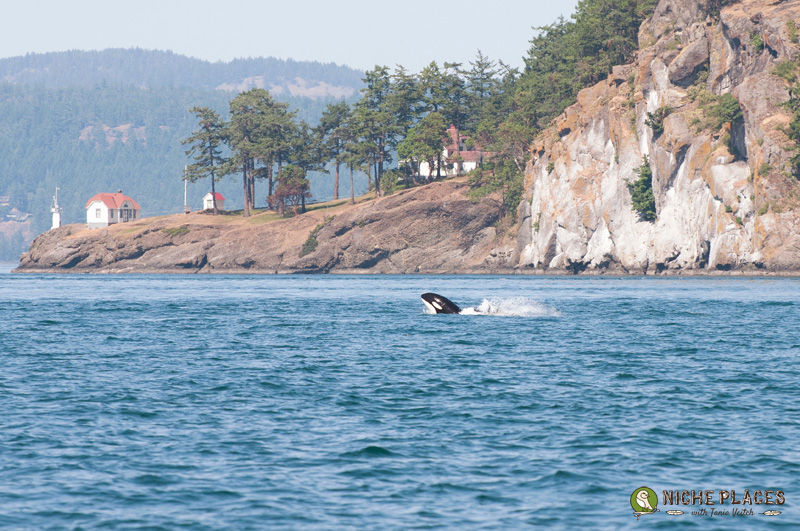 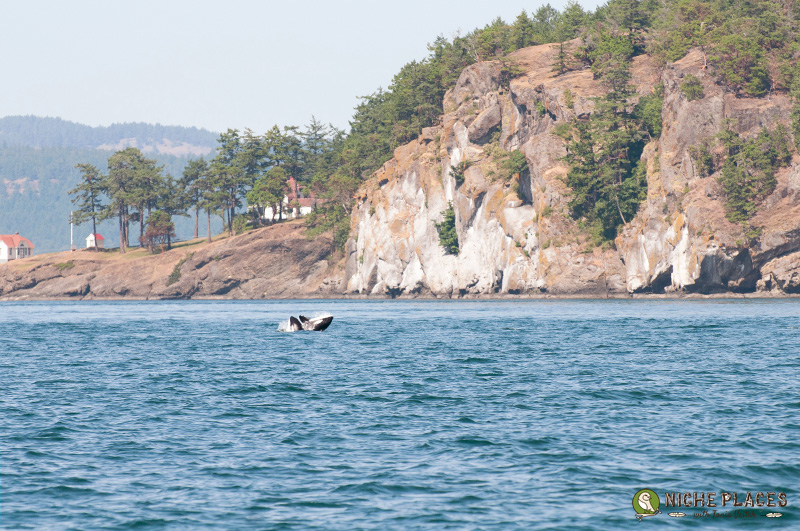 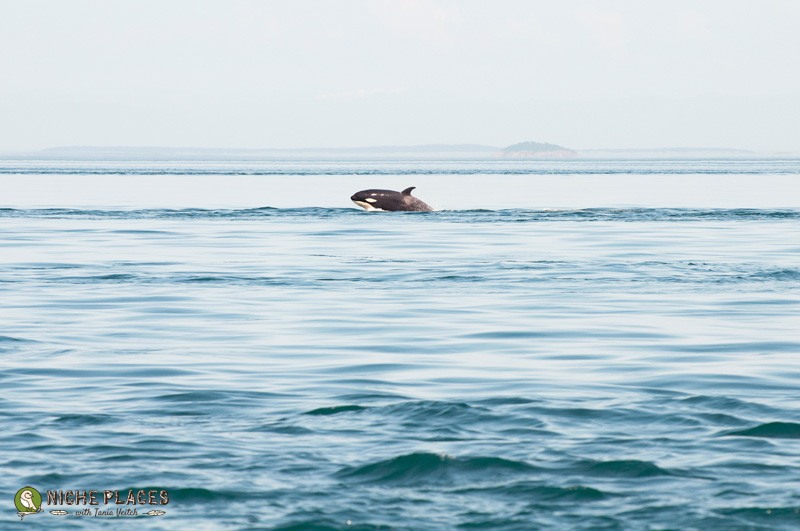 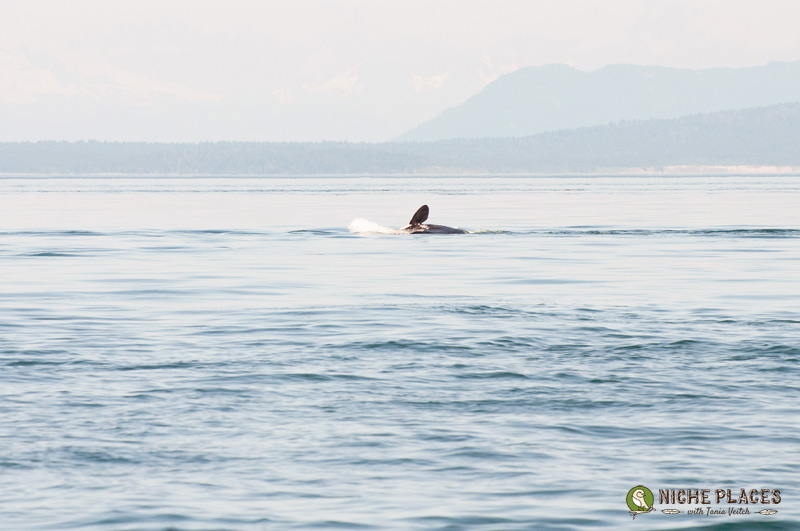 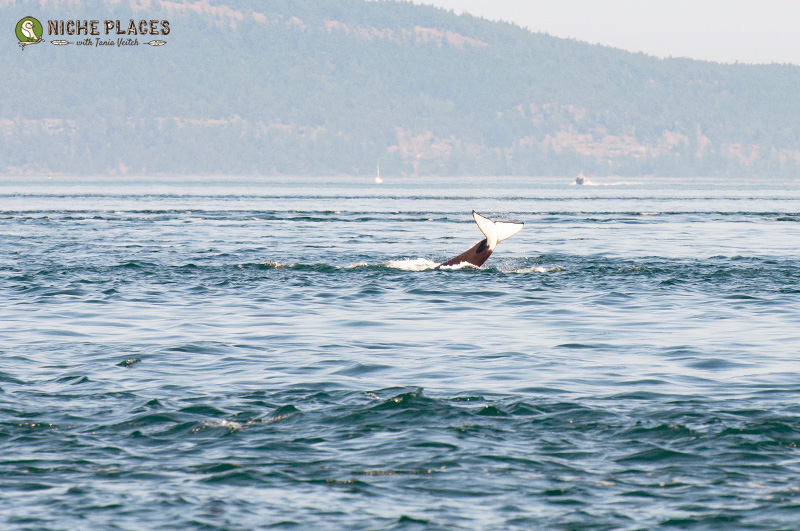 Orcas travel closely together hunting for prey which consists of larger marine life such as sea lions, seals and sometimes even other whales! Brian told us a story about a grey whale that was recently taken out by a pod of orcas. It was apparently emaciated and in rough shape. 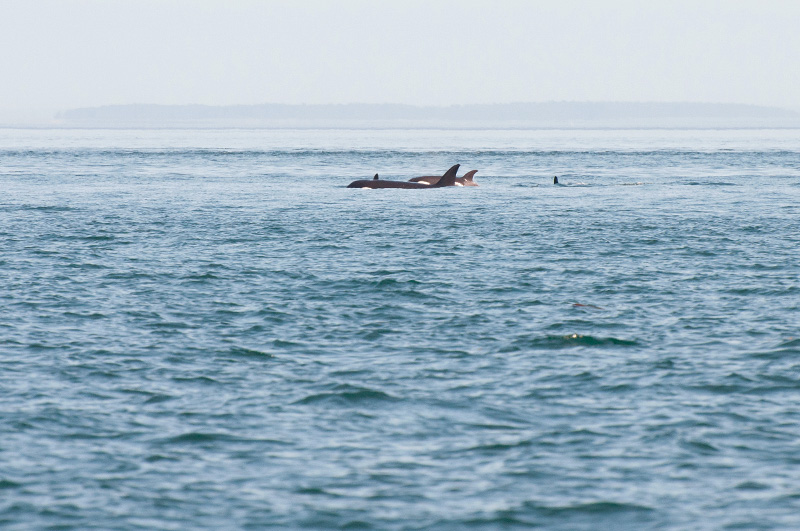 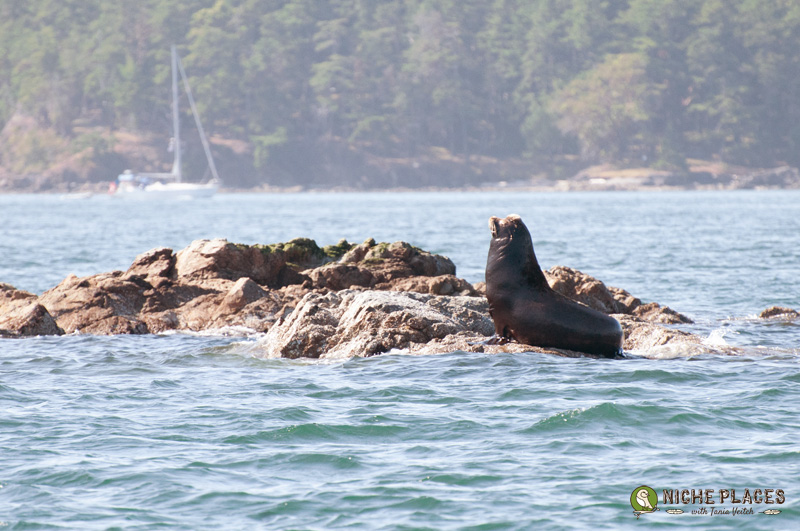 When you’re the apex predator of the marine world you can develop quite a bad rap. This was the case for the orca and how the species earned the nickname, Killer Whale. Orcas had a reputation for being whale killers. They’ve even been known to kill a great white shark! 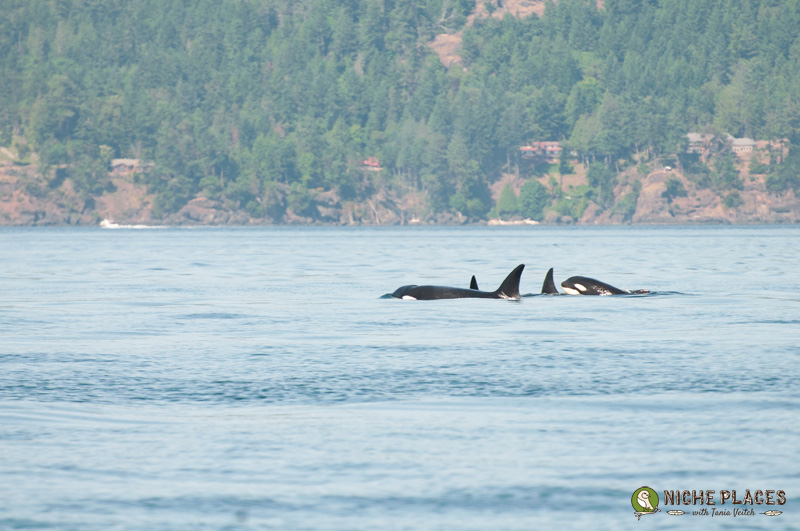 At one-time people hated and were extremely afraid of “Killer Whales” to the point that it was permissible to shoot them. In 1961, a .50 calibre machine gun was even mounted at Seymour Narrows located near Campbell River for the purpose of killing orcas. Thankfully, none were ever shot with it.

Interestingly enough, it is due to whale captivity that people finally discovered they needn’t fear orcas. The mind-set shifted from fearing and killing them to appreciating and saving them.

Our resident killer whales are the smallest community of orcas in the Salish Sea. They are also not spotted very often. Sadly, they are now considered an endangered species. Brian provided much information to our group about this community of orcas.

The Southern Resident Killer Whales are a small community of orcas that stick together right from birth. Grannies, moms, sons and daughters travel in small pods hunting for Chinook salmon which makes up 78% of their diet. Unfortunately, due to human disturbances like overfishing and dams, the numbers of Chinook salmon are depleting. As a result, our resident orcas are now facing starvation.

Three pods called J, K and L are being monitored. Brian has seen them only once since March. He says right now their numbers are extremely close to the historic low of 71. Currently, the count is at 75 remaining.

Multiple Threats to Orcas and Whales

Depleting food supply isn’t the only threat that resident orcas face. Pollution is another big one. Chemicals that were dumped into the ocean even as long as 40 years ago still have an effect on these mammals. Chemicals are stored in their fat layers which doesn’t affect them until they are faced with food shortages and need to burn their toxic fat reserves. They are so polluted that dead whales that wash up on shore are handled as toxic waste.

Plastic is another hazard for Killer Whales and all other marine life. It ends up in the ocean floating on the surface, but it also sinks below the surface and can settle on the bottom where it can be inadvertently consumed.

For example, grey whales have a baleen system instead of teeth. Baleens filter food through and push water out. Grey whales typically hunt for schools of small fish such as krill or bottom dwellers such as shrimp. However, plastic often enough gets into the mix and as Brian puts it, “whales don’t have fingers and thumbs to pull plastic out of their mouths.”

In 2010, a grey whale washed up on a Seattle beach and had 50 gallons of material in its stomach including a pair of sweatpants and a golf ball (The Seattle Times, 2010). This is not a new problem.

Because the Southern Resident numbers are so low, inbreeding becomes a problem. There are no other options to reproduce. This means loss of biodiversity which may cause the orcas to be more susceptible to diseases.

Because of the high percentage of chemicals found in a mother orca’s fat layers, babies are essentially drinking a “toxic milkshake” Brian says. They don’t stand much of a chance of survival right from the beginning.

Strait of Georgia and Ship Strikes

As if marine life isn’t challenged enough, many whales are struck by ships and other boating traffic in the Strait of Georgia which is among the busiest shipping routes in the Pacific north-west.

Whales need to come up for air every 8 minutes so are often near the surface.

Also, interestingly, whales don’t fully lose consciousness when they sleep. One brain hemisphere focuses on breathing while the other sleeps. For this reason, they are not always alert to get out of the way of a ship on a mission to get to the busiest port in all of Canada, the city of Vancouver.

Thankfully, the shipping community has agreed to slow down in these waters when whales are present.

I was really impressed with Sidney Whale Watching. I didn’t know what to expect being my first time out on an excursion, but Brian did a great job. He gave us so much information about whales and different groups of orcas including the life-threatening challenges they are facing. He knew where to find the whales and he approached them with respect. I was in awe to see these beautiful mammals in action and came away with a bigger appreciation for them and a broader understanding of their dire situation.