A few seagulls float on the salty breeze calling out to their peers. Some perch on top of silvered pilings. They eye up the fish market next door because they know darn well what’s inside and that just maybe they may score a scrap or two. 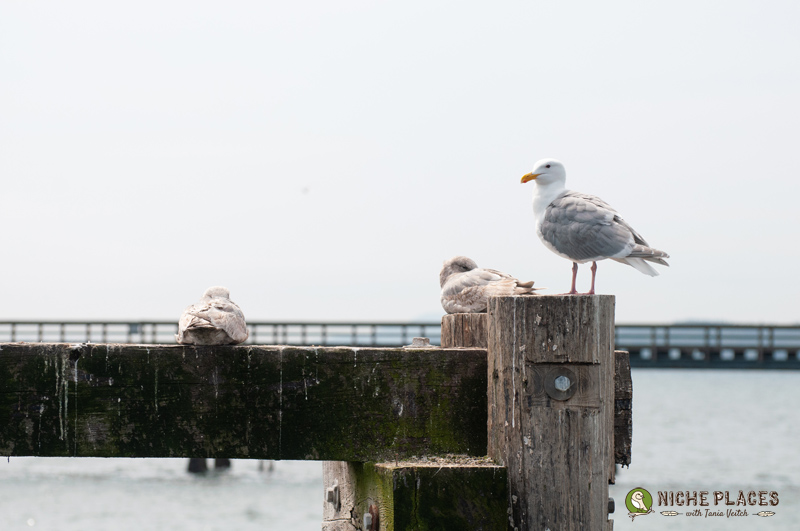 Of course, it isn’t just the seagulls who know the goods inside these four cerulean-blue walls. Some folks who enter seem to be regulars based on the friendly exchanges between them and Ken, the owner, and Kim who has worked at the fish market for many years. 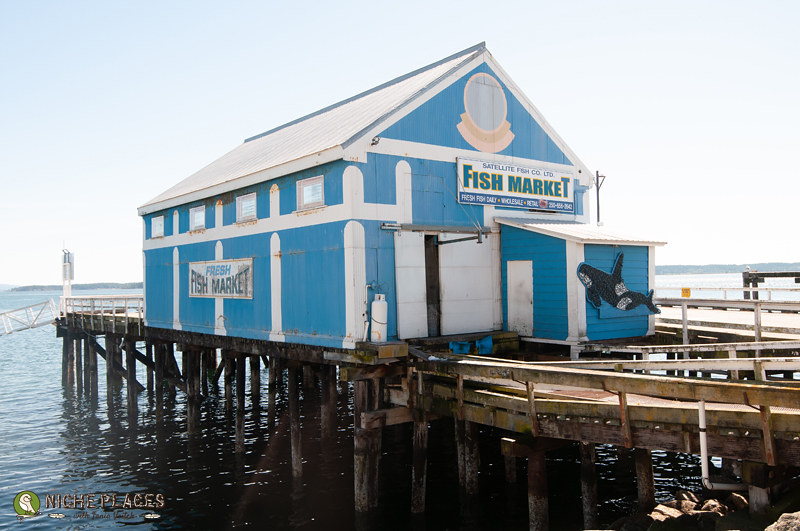 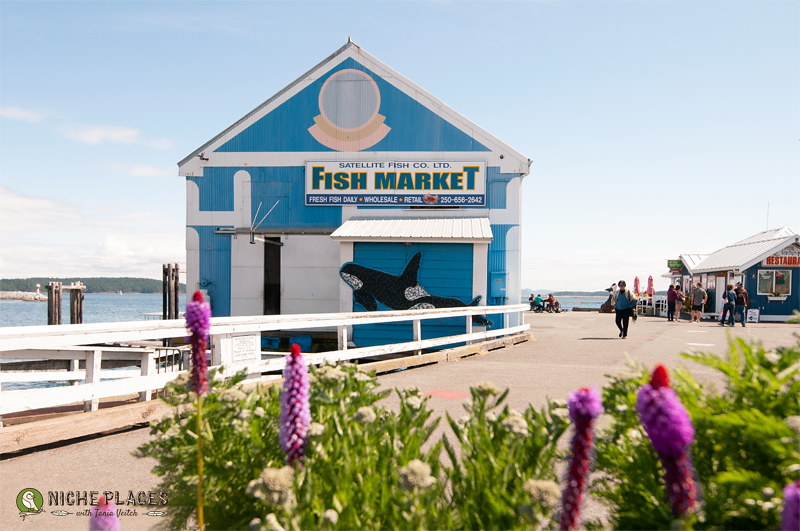 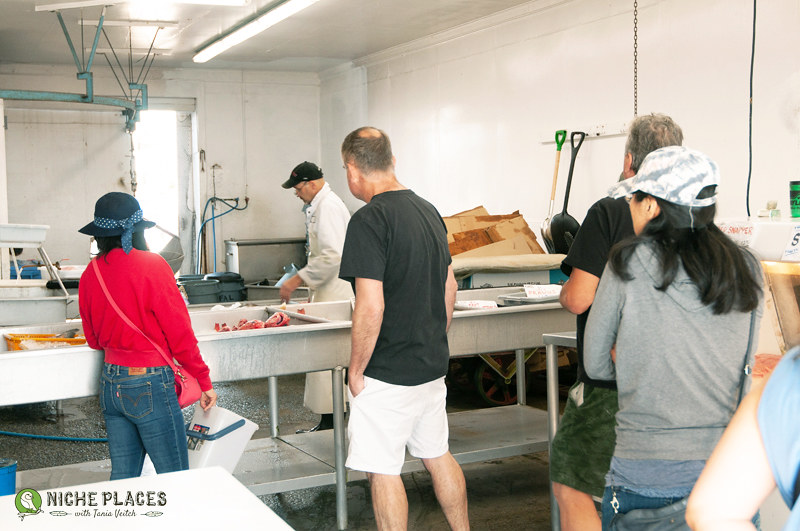 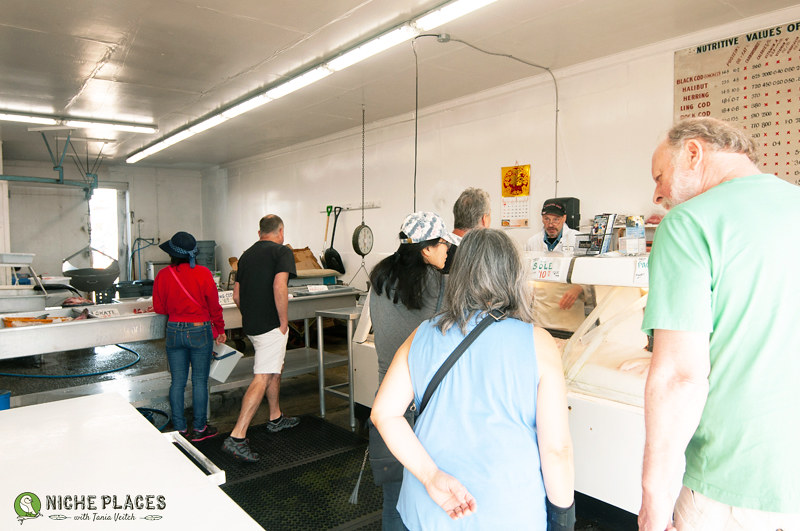 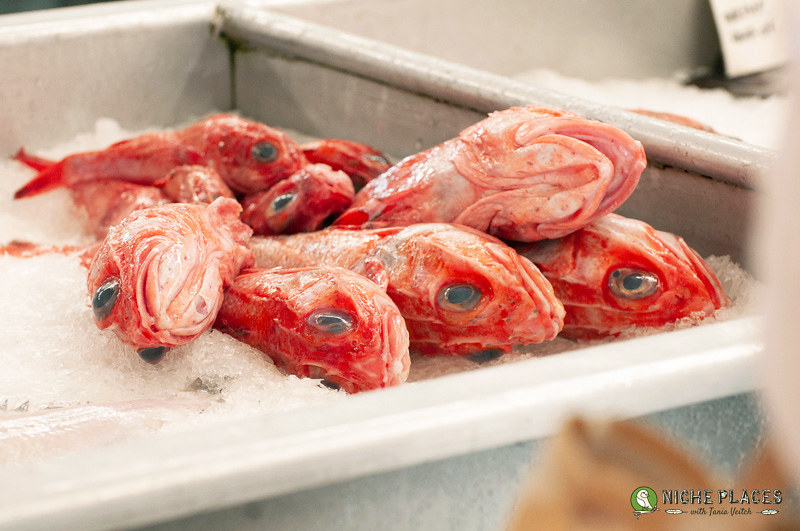 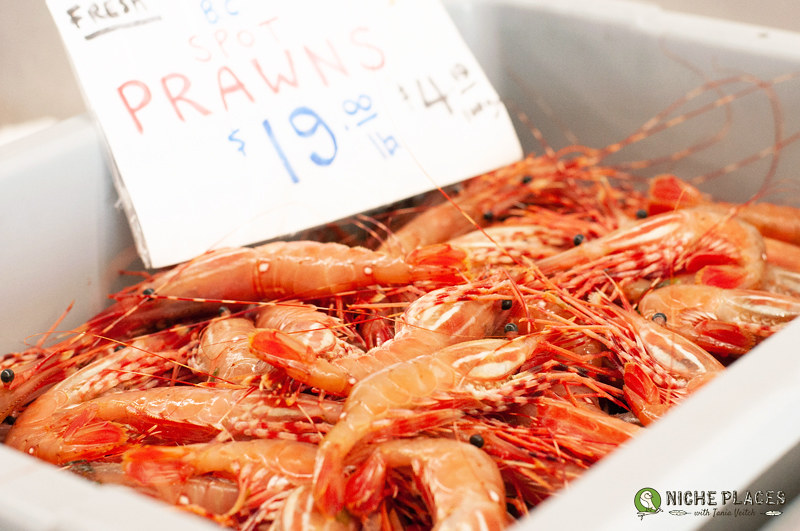 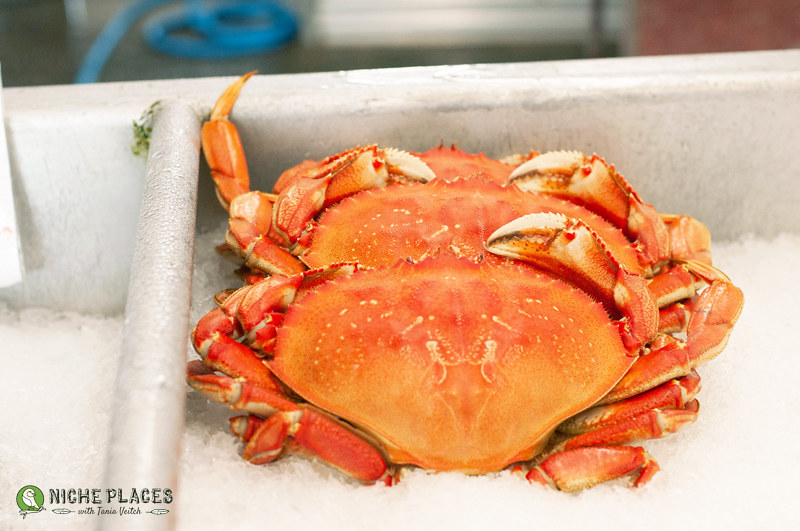 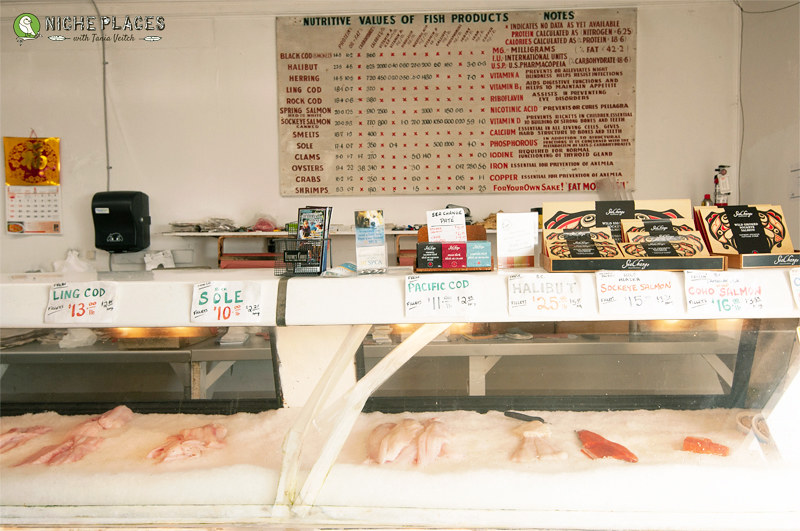 The variety from week to week varies because what comes in ultimately depends on what was caught at sea that week. It also depends on the weather conditions which we don’t always think about as consumers. Stormy weather at sea means boats can’t fish and shipments get delayed. 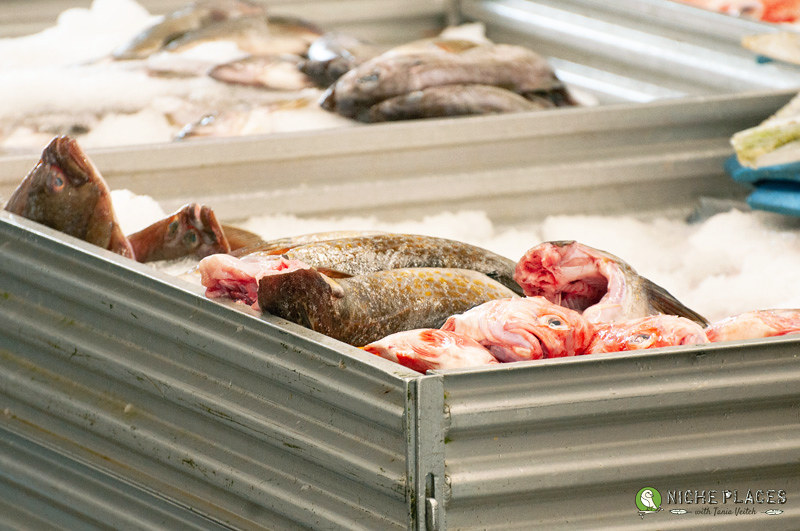 Fish caught at sea are immediately packed on ice while still on the boat. Then they are taken to a plant in Richmond where they are checked, divvied up and then shipped out to various locations via Cold Star. Once at the fish market, Ken and Kim prepare cuts fresh for customers. 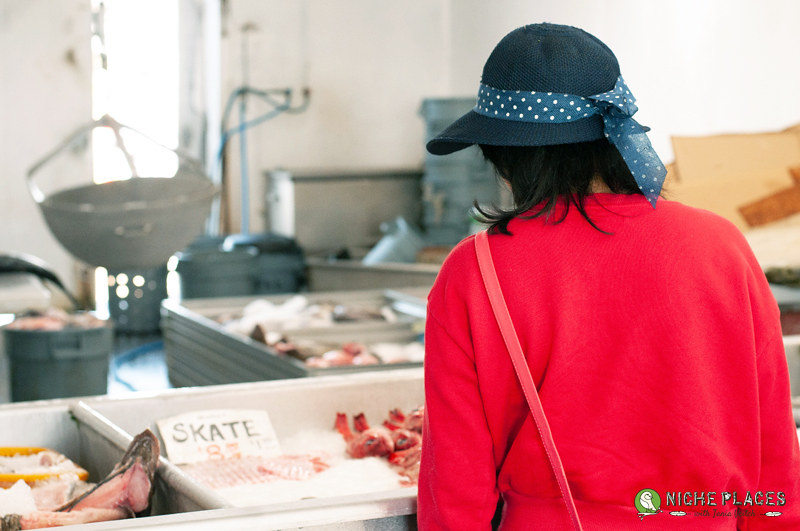 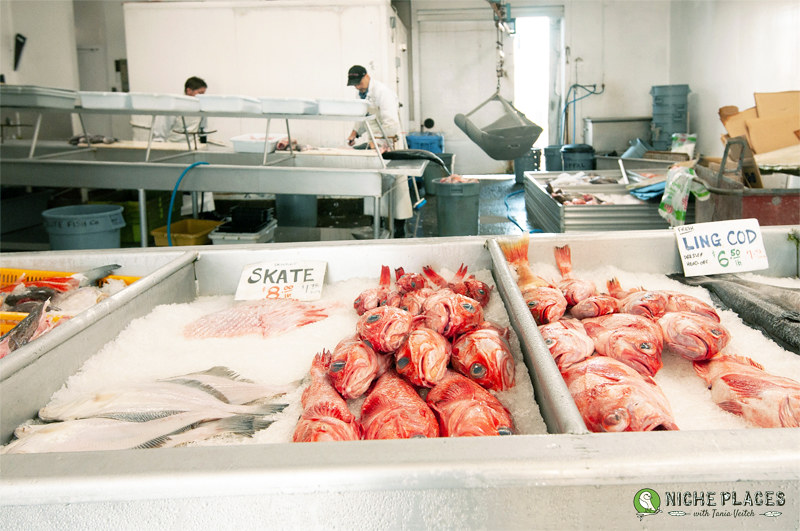 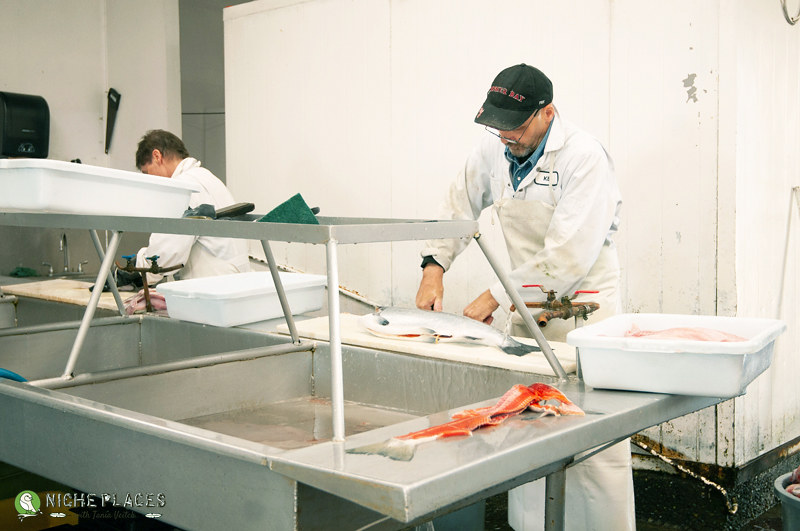 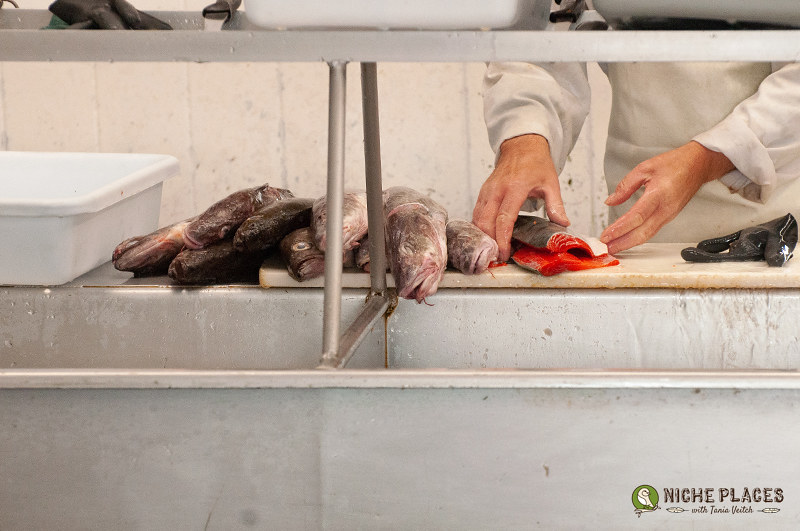 Ken Norbury, the current owner of Satellite Fish Co. Ltd., bought the fish market off of his uncle, Don Norbury, in 2011 who bought it back in 1964 from John Christensen who founded it in 1960.

Ken grew up in a fishing family so has known fishing his entire life. His dad was a long-term commercial fisherman who began working in the trade at 19 years old and retired in his 70’s. He was sometimes out at sea for two months back to back! Although Ken didn’t go out to sea with his dad, he assisted as deck hand on crabbing boats with his uncle once in a while.

Kim, who also works at the fish market, has worked in the fishing industry, since he was school-aged, on both commercial fishing boats and here at Satellite Fish Market. 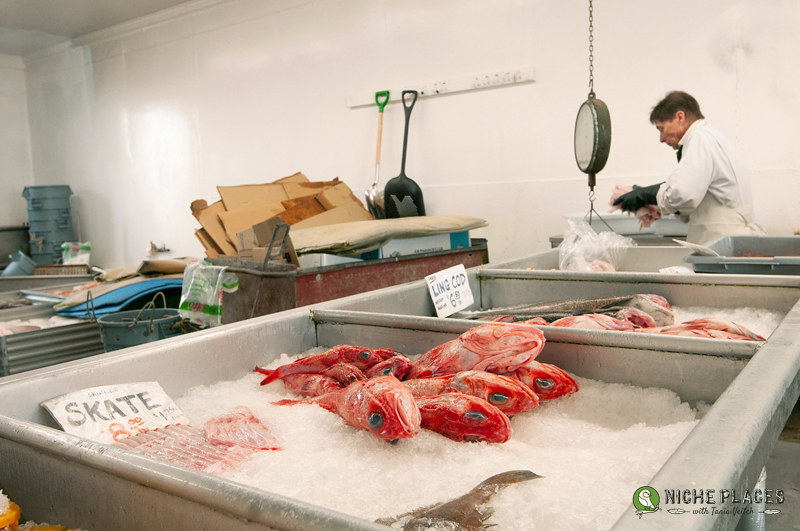 Kim has worked in the fishing industry his whole life

I was happy to see that Satellite Fish Market is on board with cutting down on plastic where possible. They wrap fish in newspaper for starters. While I was in, someone dropped off a stack. I also overheard Kim ask a customer if they had brought in a container to put their fish in. 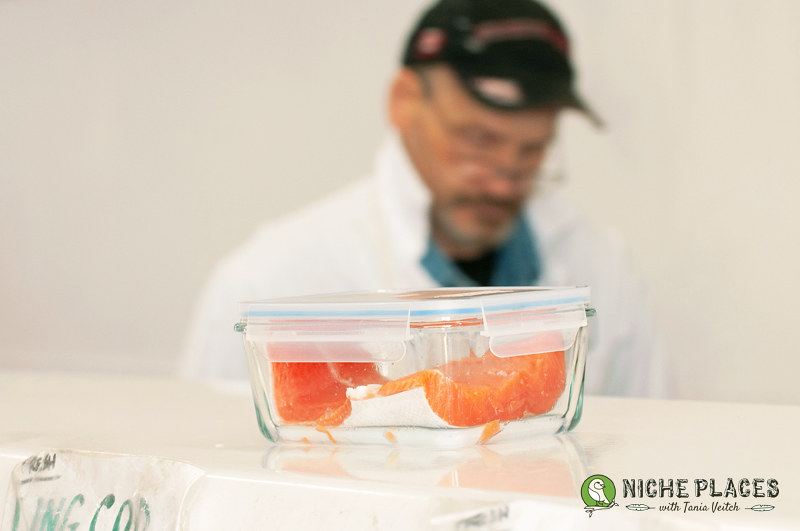 Not my container. A customer brought this in. Great idea!

It’s such a great idea! With all of the Styrofoam meat trays in the grocery stores (which are non-recyclable) and plastic wrap that just gets tossed into the garbage can, a lot of waste is added to our environment (landfill or other) on a daily basis.

It was shocking to learn first hand from Sidney Whale Watching just how much plastic is inadvertently consumed by whales and other marine life and as our guide, Brian, put it, “whales don’t have fingers and thumbs to pull plastic out of their mouths.” It’s time to make big changes! 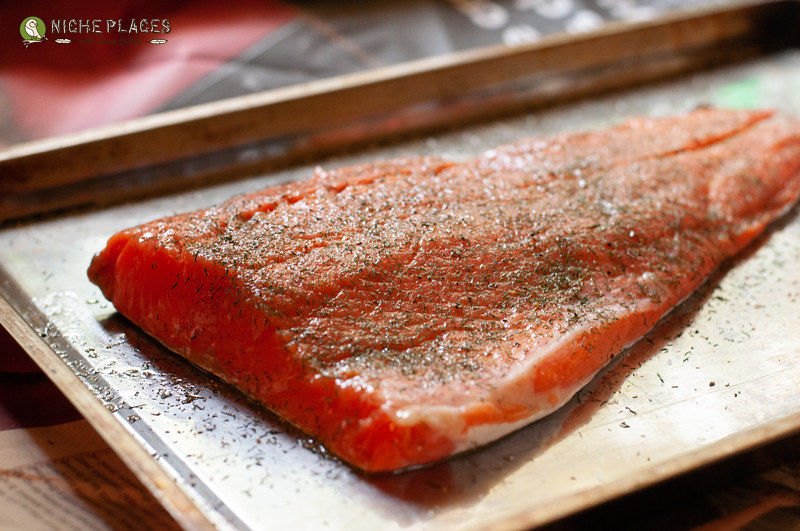 I bought a fresh fillet of Coho salmon from Satellite Fish Co. Ltd. and had it for lunch the other day! I spread olive oil on top and sprinkled it with sea salt, ground pepper and dill and then broiled it at 500 degrees for 10 minutes. 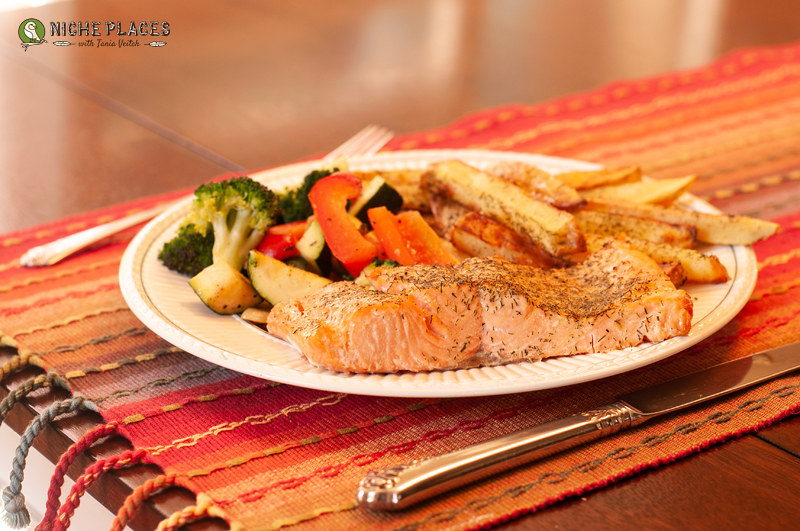 I also sliced up some yellow potatoes (skin on), tossed them with olive oil, sea salt and dill, then set the oven to 375 degrees using convection (converts to 350 degrees) and baked them for 35 minutes. 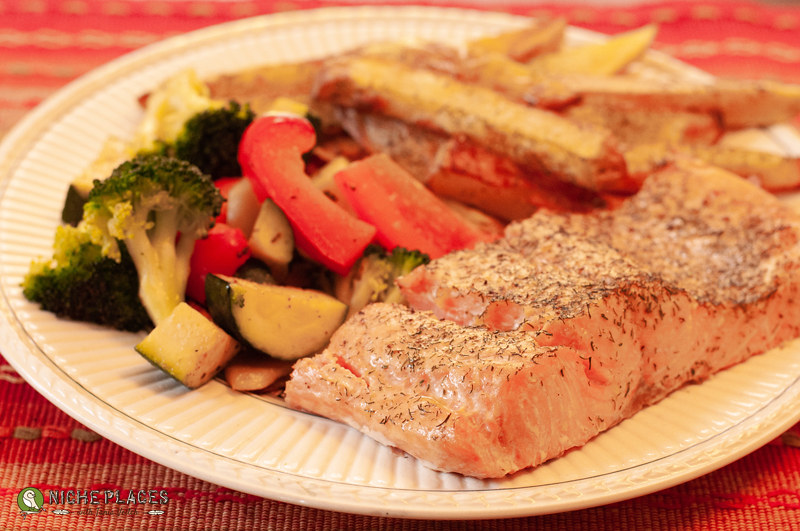 Veggies are a tasty addition too. Here, I’ve stir-fried broccoli florets, chopped up asparagus and red peppers with a halved garlic clove in olive oil, then sprinkled it with a bit of sea salt and ground pepper. So yummy!! And healthy!

Do you have a favourite seafood recipe? Please share!

Where To Find Satellite Fish Market