Buenas tardes and nearly buenas noches for me in O’Cebreiro. Since I posted last I have walked 61 kilometres.

Last night in Villafranca del Bierzo I tried to journal, but for some reason I had a hard time with it. The day before was so climactic and so huge leaving my “power triangle” rock among other things at the Cruz monument, that the next day, yesterday, seemed so…ordinary. 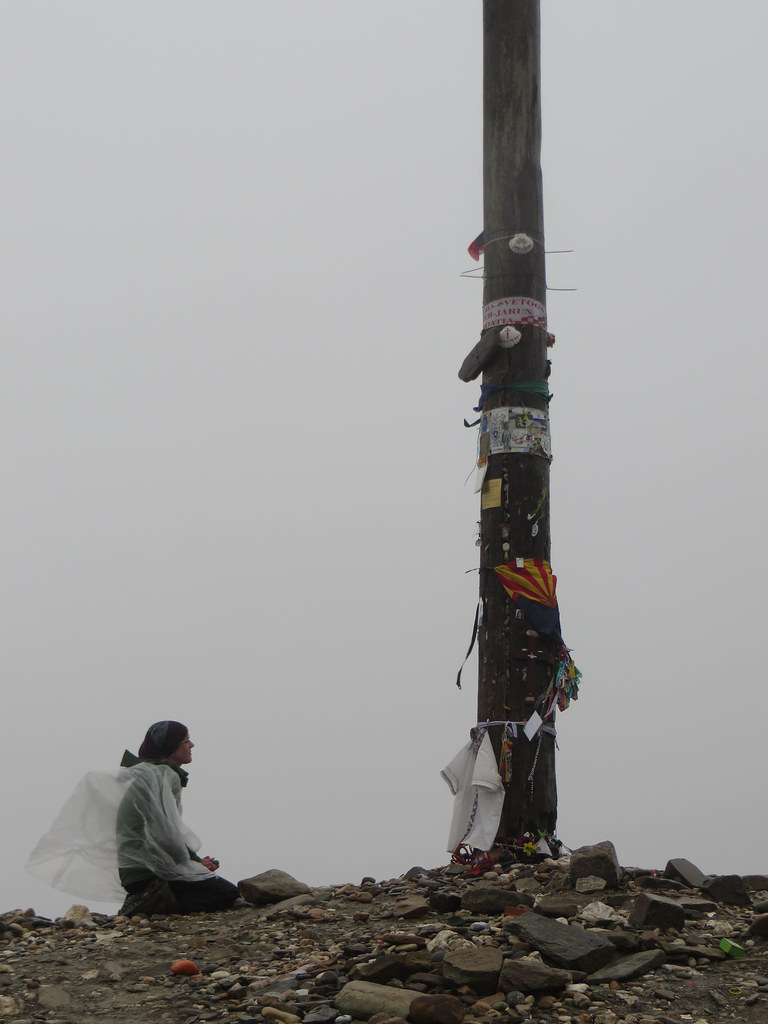 It was bedtime in the large comfy wooden loft back in Villafranca del Bierzo and journal-time for me. Everyone else was nestled in their sleeping bags preparing for sleep, but I lay on my back trying to think of something to say.

A little star-shaped window was cut into the vaulted ceiling above my head. Neat! I didn’t see any stars through it though. This time I was in a top bunk, however it didn’t have a ladder. I had to catapult myself up onto the mattress like an Olympic pole-vaulter. My elementary track and field days were coming in handy decades later! Kiho, from South Korea, laughed at me from a nearby bunk and awarded me a ten for the effort.

As I lay there inspecting the star-shaped window, I decided that if I couldn’t think of anything to say I would put my tablet away and go to sleep. I needed it anyways.

My sleep was restful. There were only seven of us at this funky little albergue and no snoring. It wasn’t the recommended place to stay, but it was different and there was a chance we would get the Queimada. That didn’t happen, but dinner was excellent, a vegetable garbanzo bean soup, cordon bleu and a fresh salad, plus (of course) bread, wine and dessert.

We had a late-comer after dinner, Noel from south-west Germany. He got lost in the mountains after taking a wrong turn, so he back-tracked and arrived here around 9:00 p.m. in the dark. I was reminded of my first day arriving in Roncesvalles at 9:30 p.m. I’ll never forget it, but I would never change it either. It was my first Camino moment and a very powerful one.

So yesterday, my very ordinary day, consisted of walking 30 kilometres from Molinaseca through two cities and some countryside to Villafranca del Bierzo. 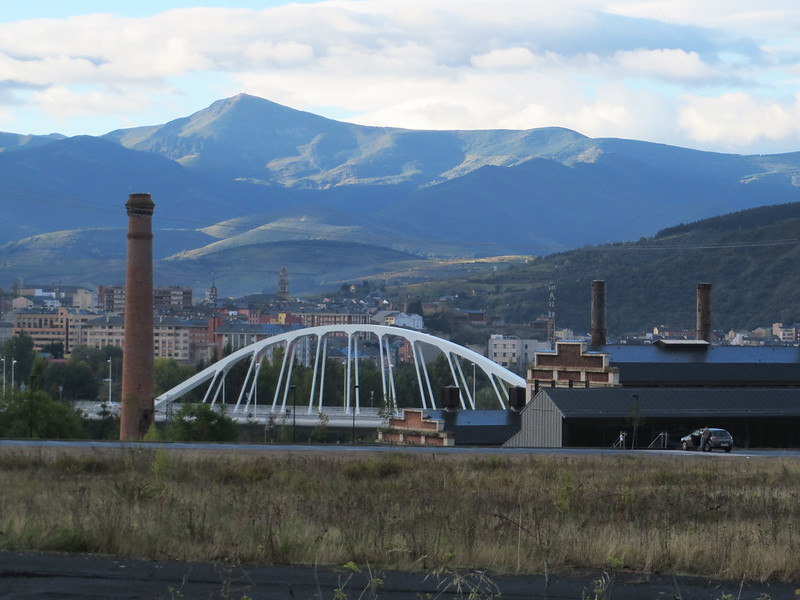 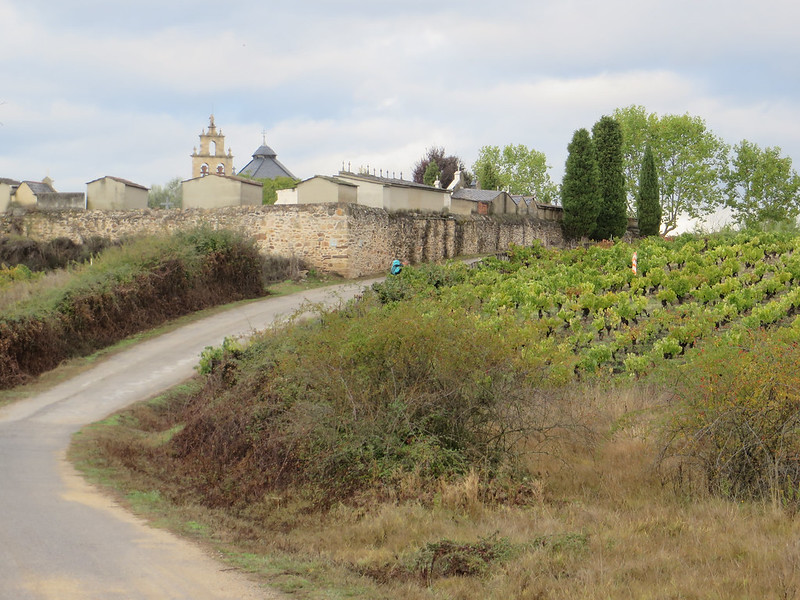 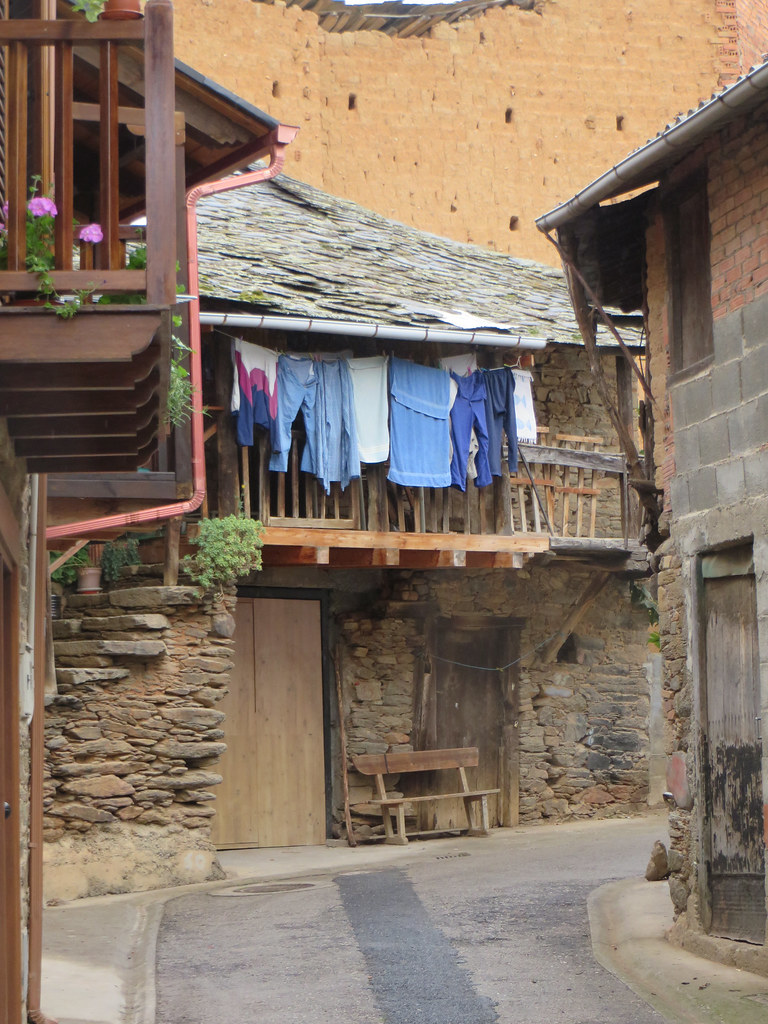 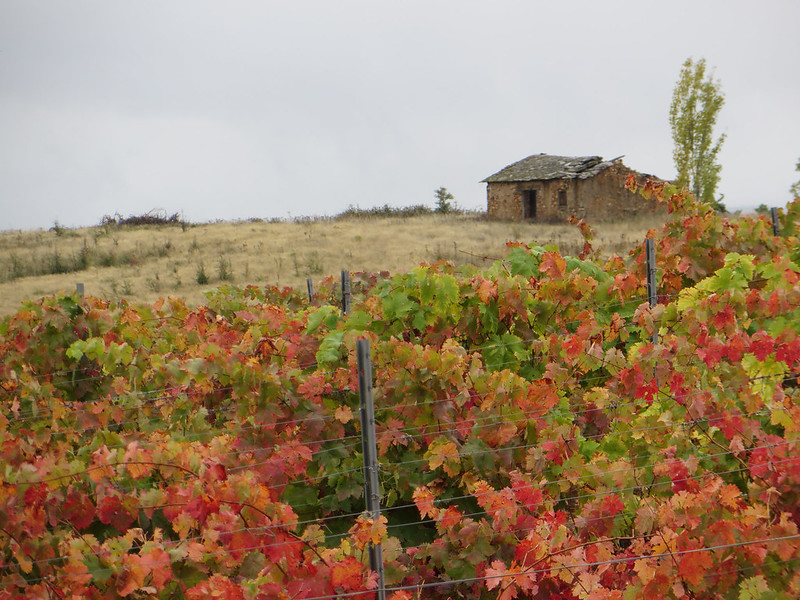 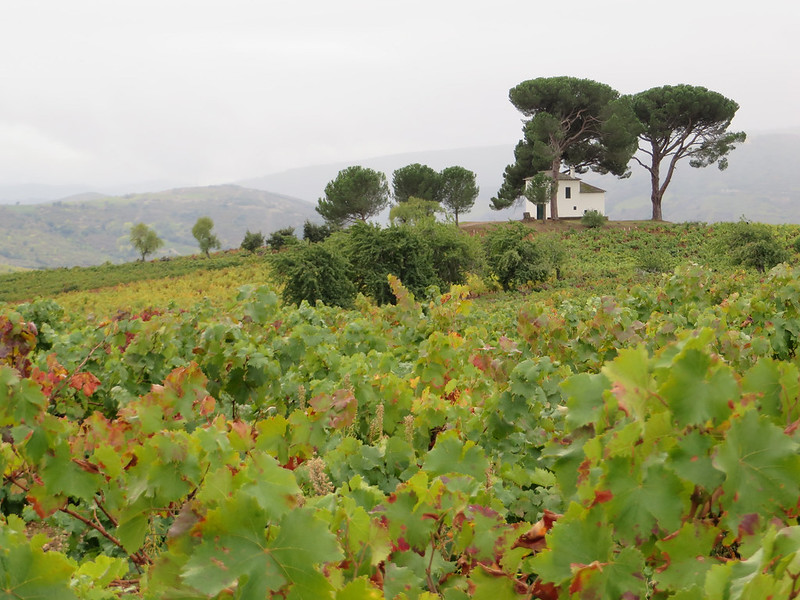 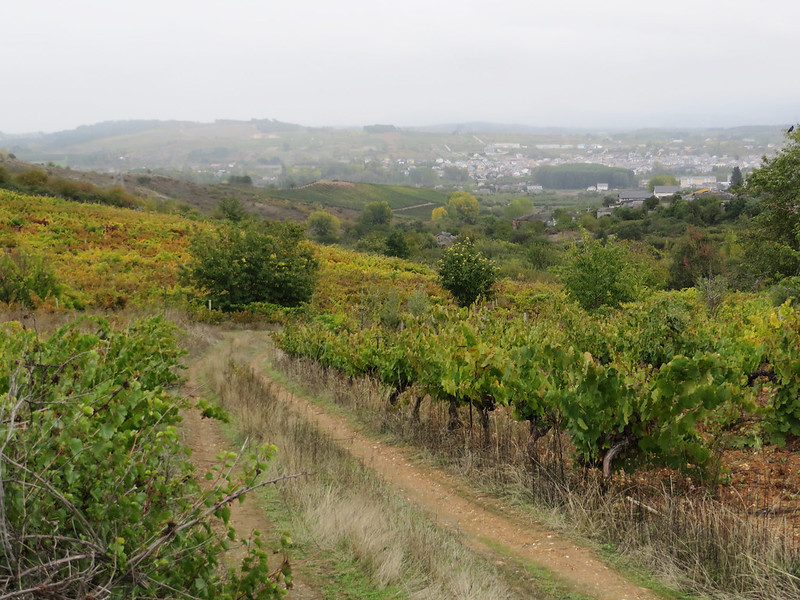 Along the way, I managed to snag a pear and some figs from road-side trees. 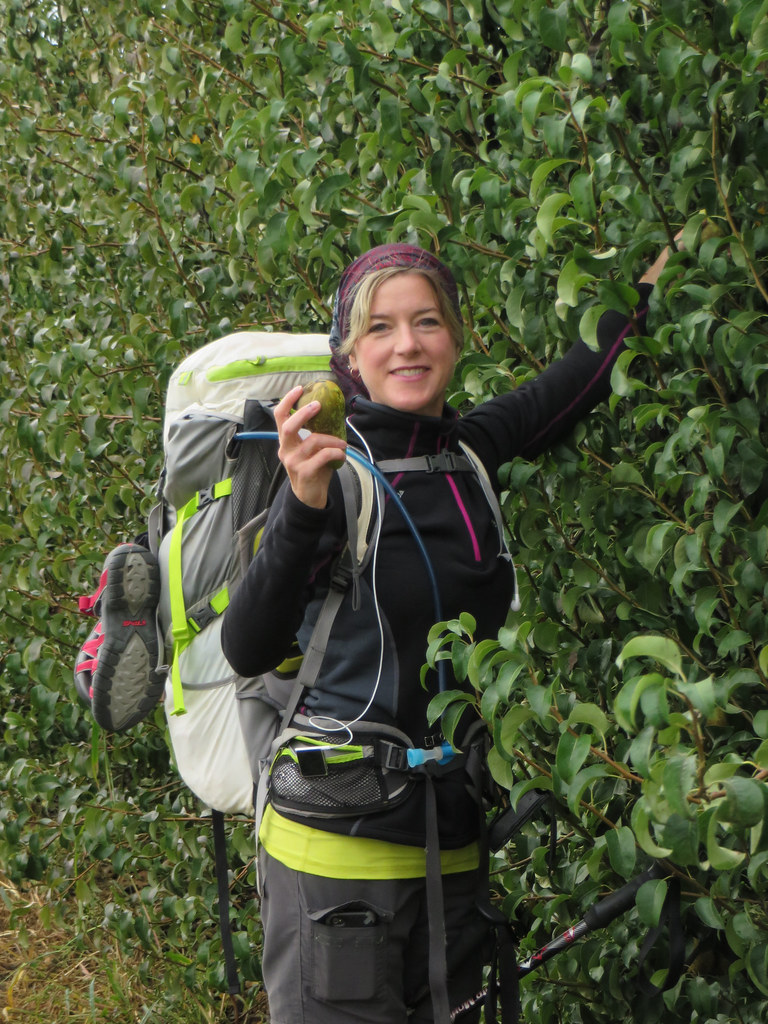 But my conscience told me I should buy some fruit from an old man. He was selling overly ripe figs, sparse bunches of grapes and spotty apples. I’m sure he must have picked them up off the ground. He didn’t look fit enough to get them any other way. He looked like he needed the money, so I bought some anyways. 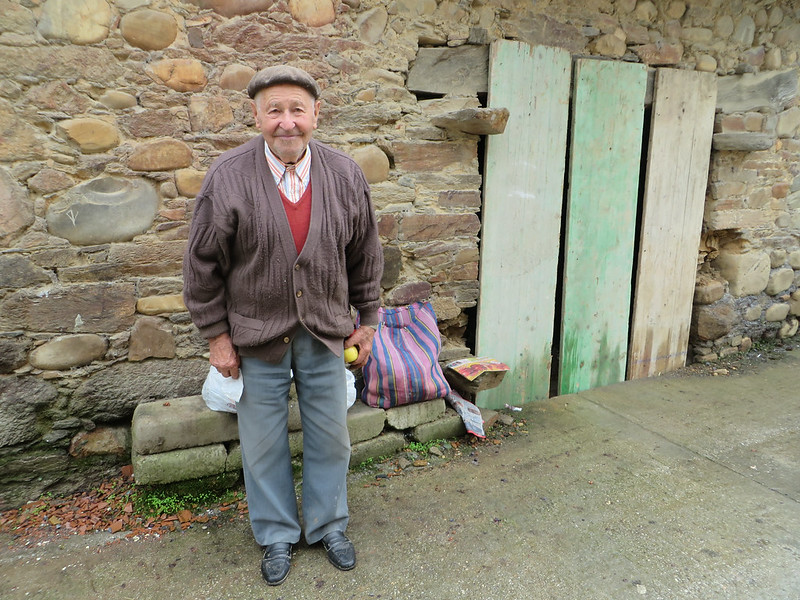 On my way into Villafranca del Bierzo, I passed an old stone church with a large door of forgiveness. 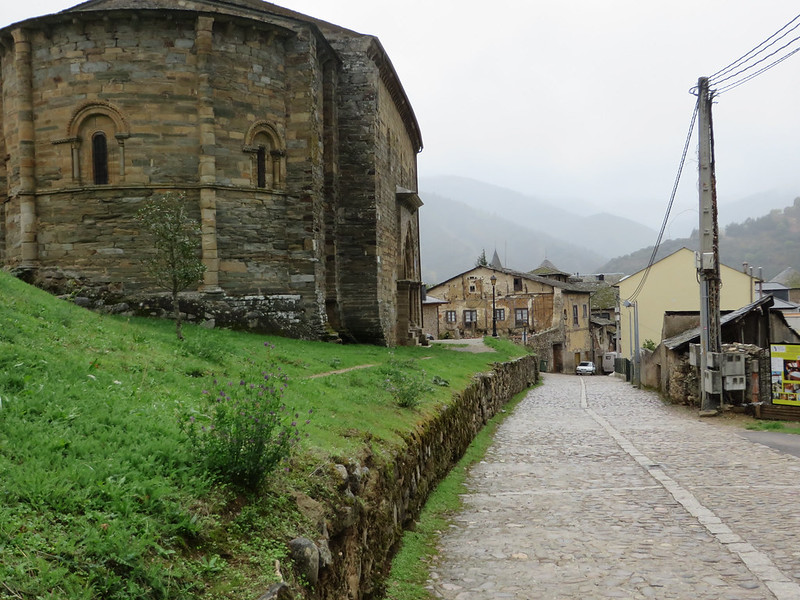 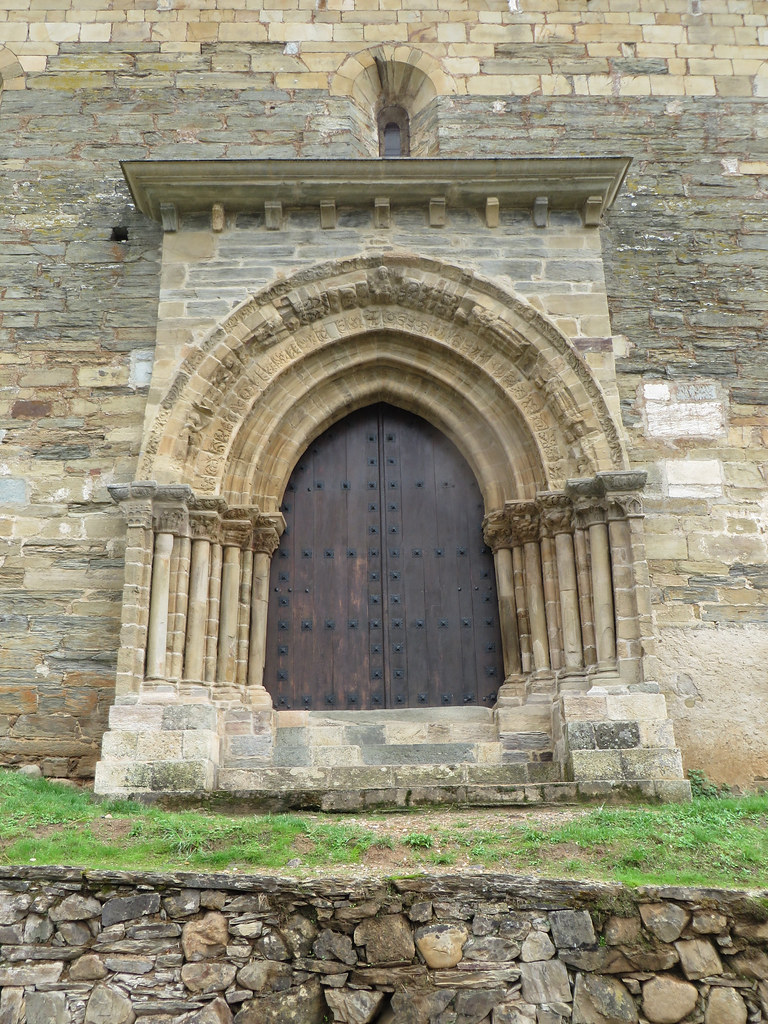 In ancient times, injured or sick pilgrims could receive absolution here just as they would in Santiago. For this reason, this town is also known as Little Santiago. I could imagine starving and injured pilgrims limping up the stone steps, collapsing with relief in front of these medieval doors. I’m sure the way wasn’t abundant with café bars and farmacia’s like it is now. 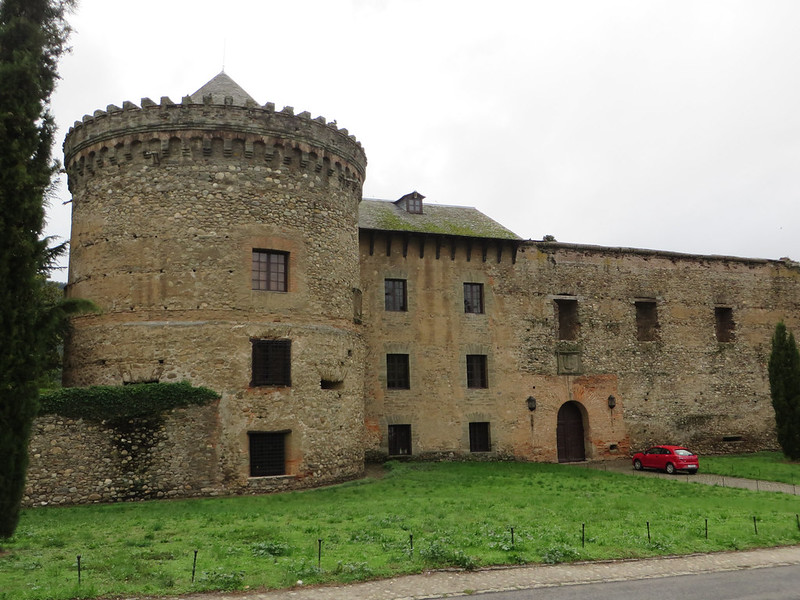 A couple of old castles and a 17th century baroque style monastery stood as reminders of the medieval monarchy that once ruled here. 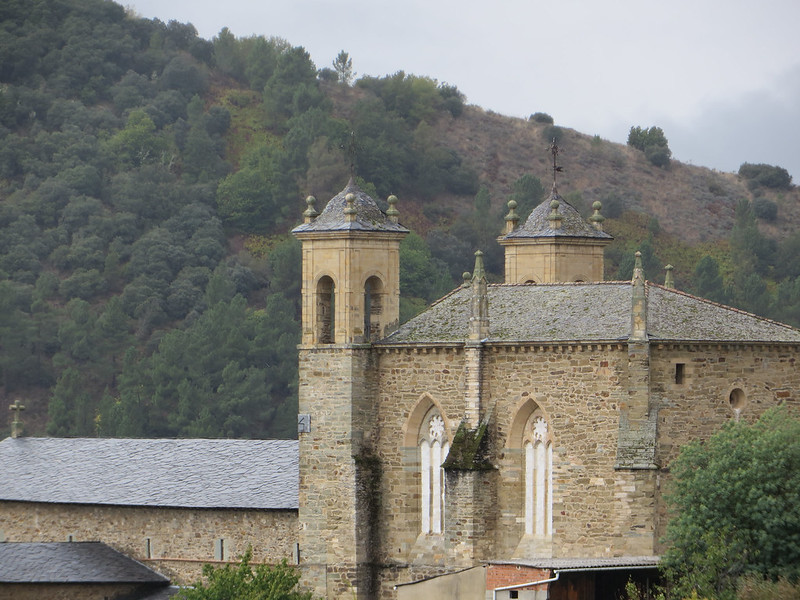 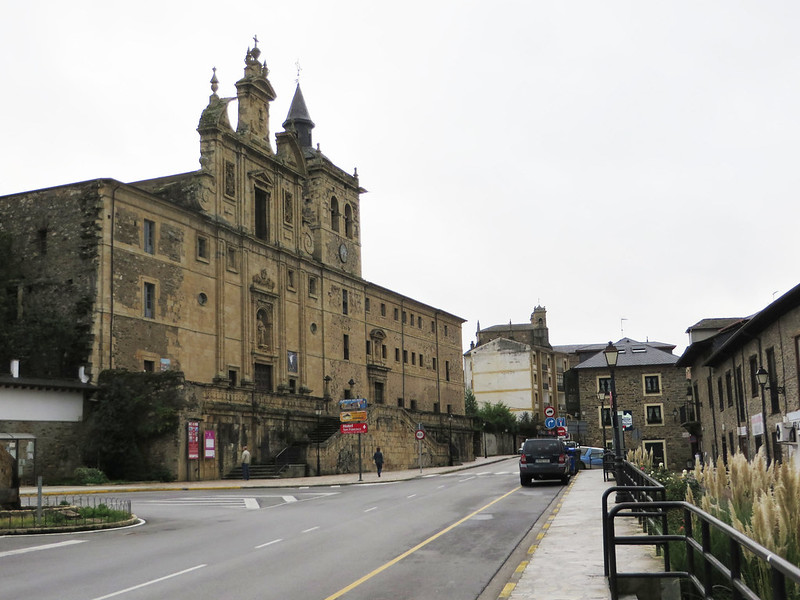 A Spanish antique shop and various everyday shops scattered the village too, including watch repair, hardware, toys, art and a few clothing shops. Of course there were also a variety of café bars and restaurants for us hungry and thirsty pilgrims. 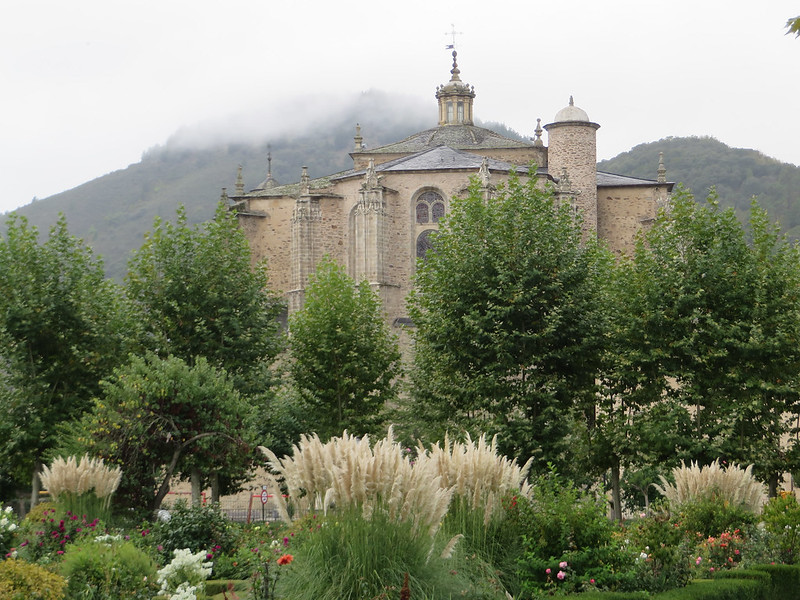 I walked around the village and through the labyrinth garden, a popular place for locals to exercise. 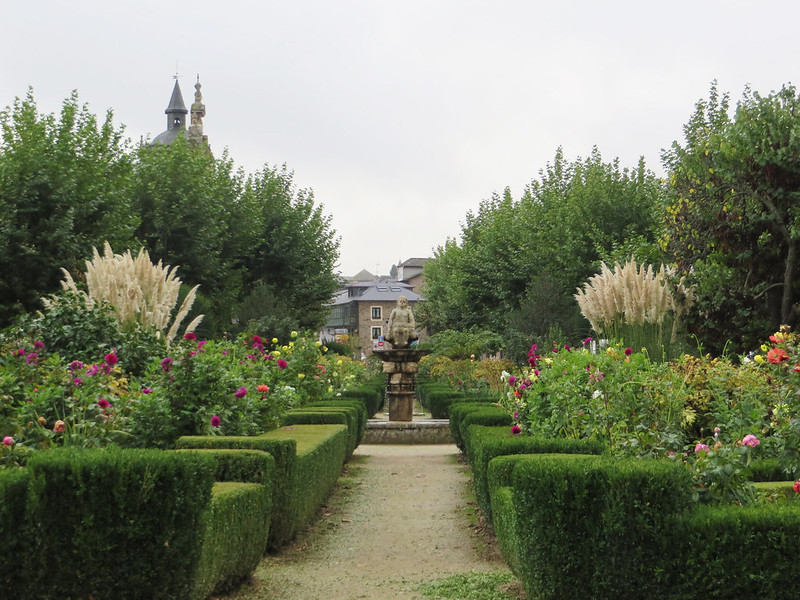 A beautiful old stone church stood nearby too. 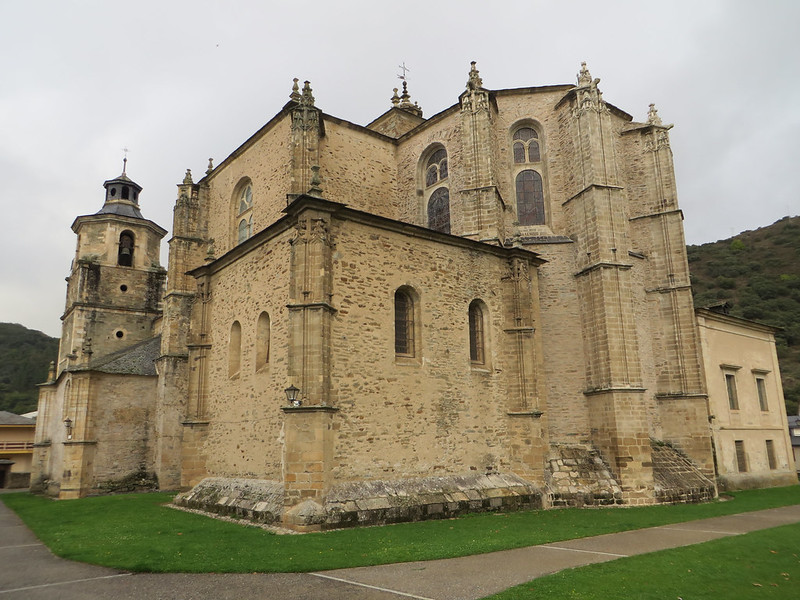 In the plaza, I bumped into the large group of pilgrims I often see including Patrick, his brother and parents. I call them the Aussie freight train family. 16 year-old Patrick, was the one who became sick in Mansilla de las Mulasone. Earlier that day, he had talked my ear off while we ate ice cream on a bench. He quizzed me on nearly every aspect of my life: Where do you live? What kind of work do you do? Why are you walking the Camino? Who are you walking with? Are you married? I laughed at how forward and curious he was.

Patrick was one half of a set of twins. His brother and mom had been set back in Pamplona because his brother had a seizure. Patrick and his father kept going and now they are finally all together here in Villafranca. They are die-hards, conquering adversity along the way, and plan to walk all the way to Finisterre together.

The group invited me to join them at the restaurant for a drink before I headed back to my albergue for dinner. 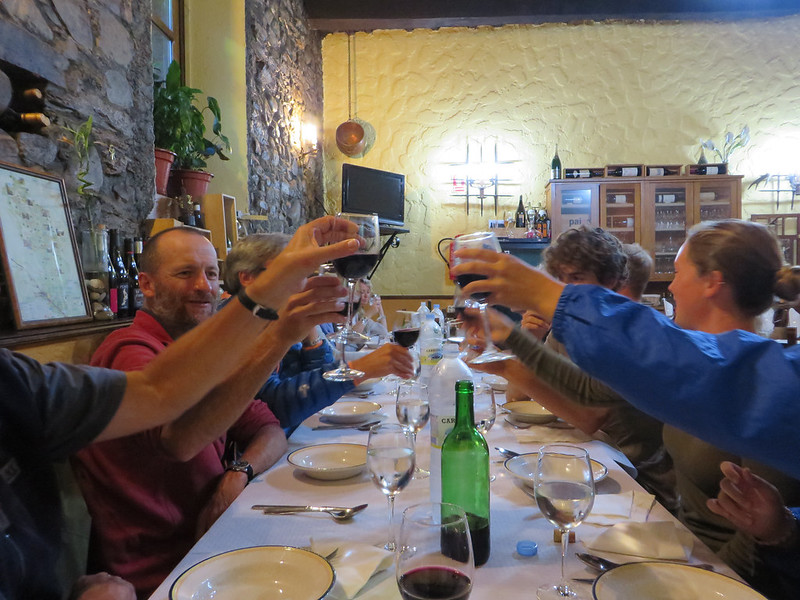 If I keep this up I’ll become an alcoholic! Drinking vino tinto seems to be a daily thing here in Spain. 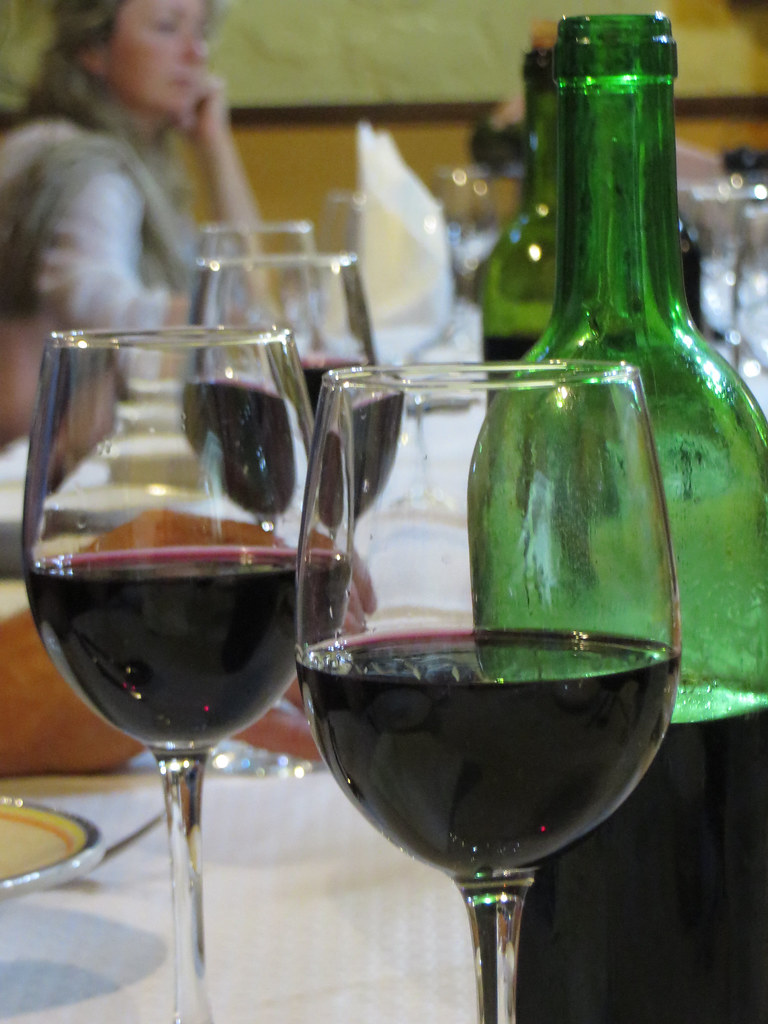 One thing for sure, I am definitely becoming an ice-cream-aholic. That too is a daily thing.