Leon is an amazing city! The Santa María de León Cathedral, a 13th century Gothic cathedral, is absolutely stunning. It is also known as The House of Light. 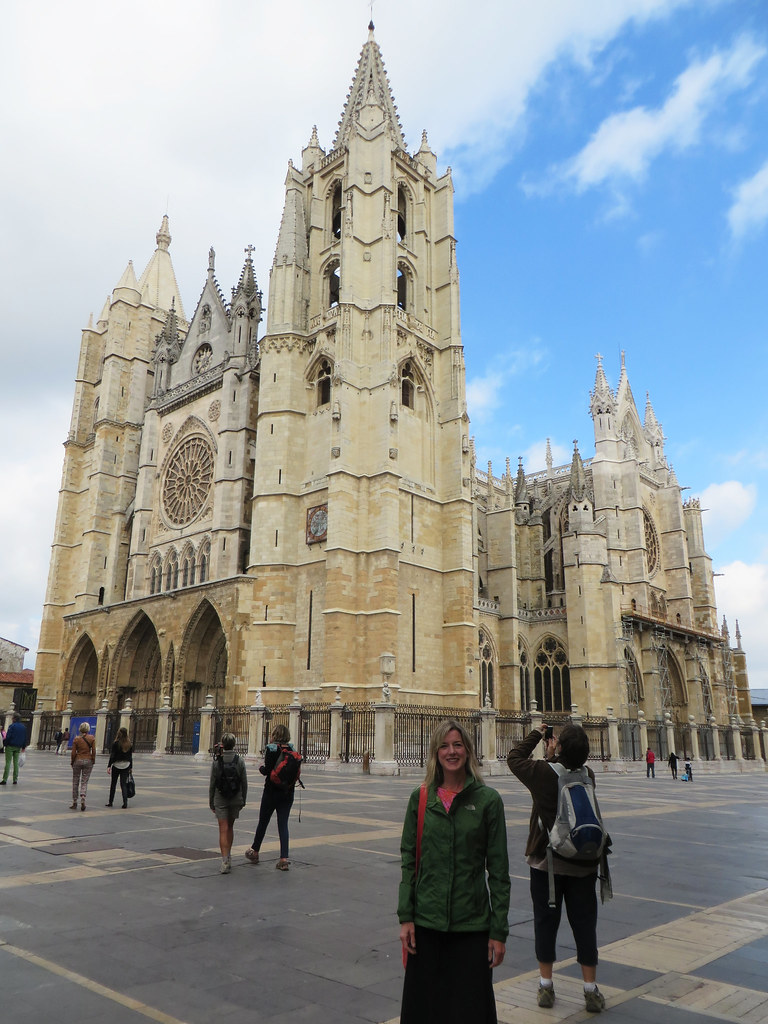 There is lots of shopping, but I have been challenged with my pilgrim status. There are so many great stores with so much to buy, but if I was to do that I would have to carry it. 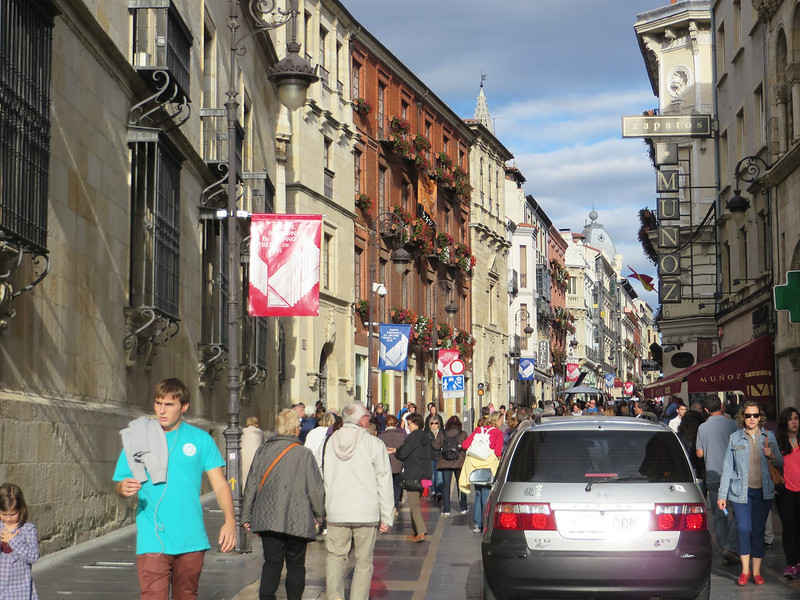 I did buy a couple of practical things – some warm tights to cover my bare legs and feet when I’m wearing my black skirt (nicer than long johns) and a versatile poncho that can also be used as a scarf to cover my head and neck when it’s cold. 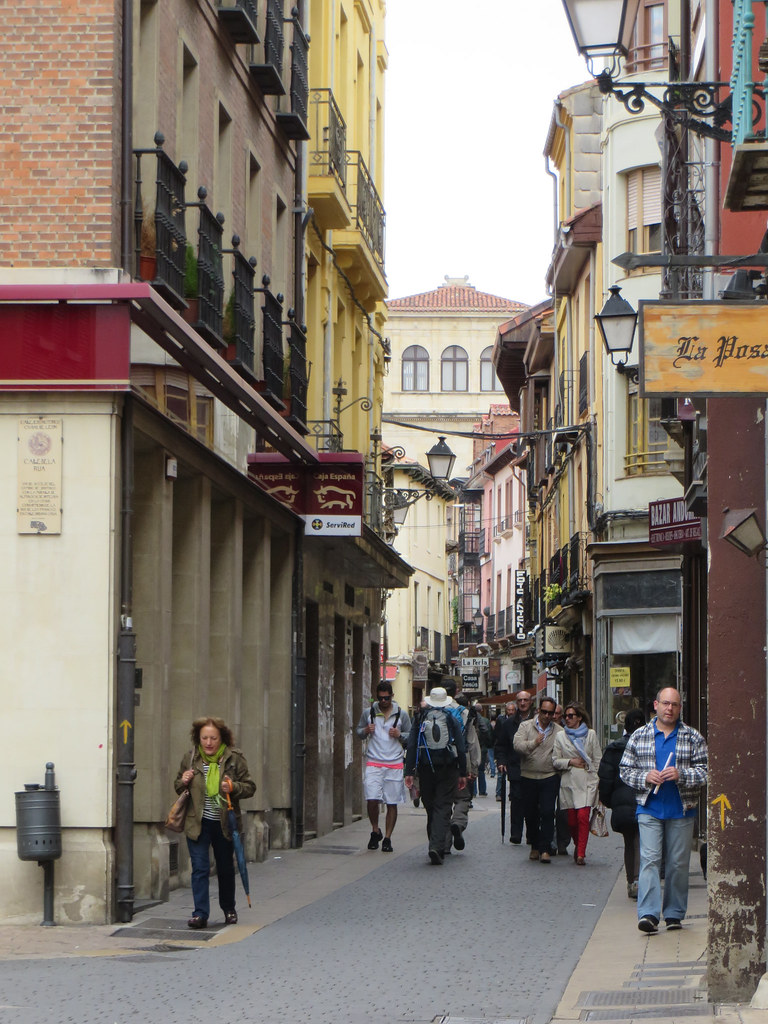 I would LOVE to exchange my red sandals for shoes that match what I’m wearing, but again I’m a pilgrim. Pilgrims aren’t meant to be stylish. In ancient times pilgrims walked the Camino to lessen their time in purgatory or to avoid going to jail. They carried very little and had to be practical. So should I.

While I window shopped I thought about my red sandals and decided it would make me feel better if I pretended I was like Dorothy with her ruby red slippers following the yellow brick road to Oz, except I’m wearing red sandals following yellow arrows along a famous pilgrimage route to Santiago, but without the added worry of the Wicked Witch of the West and her flying monkeys. 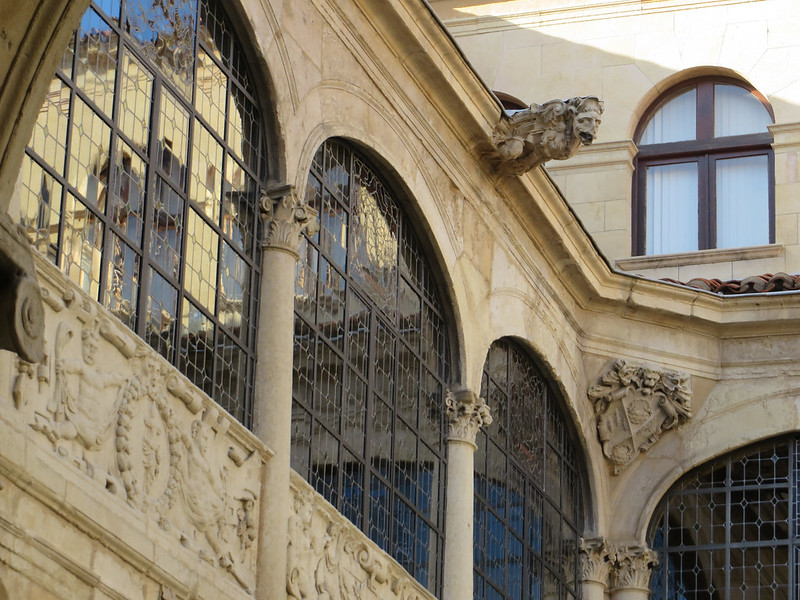 Come to think of it the gargoyles peering down from the top of the Palacio de los Guzmanes did look like they could jump off, swoop down on me and carry me away at any moment. 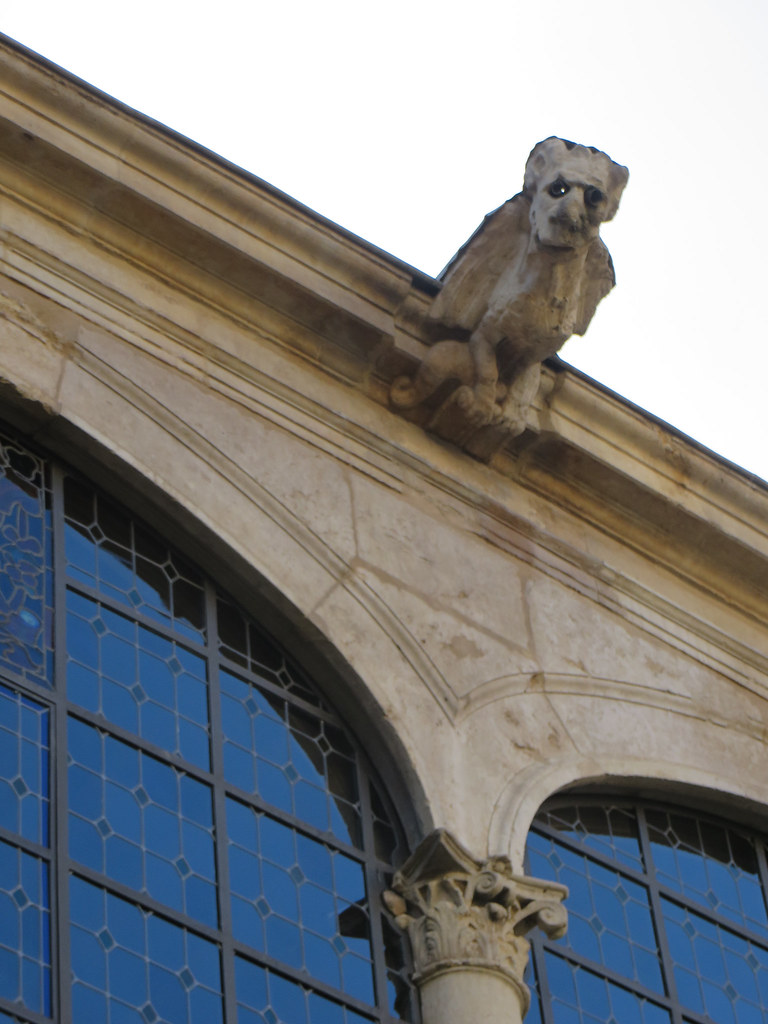 I finally got my orange and raspberry sorbet, but they didn’t have banana. Maybe that flavour doesn’t exist. 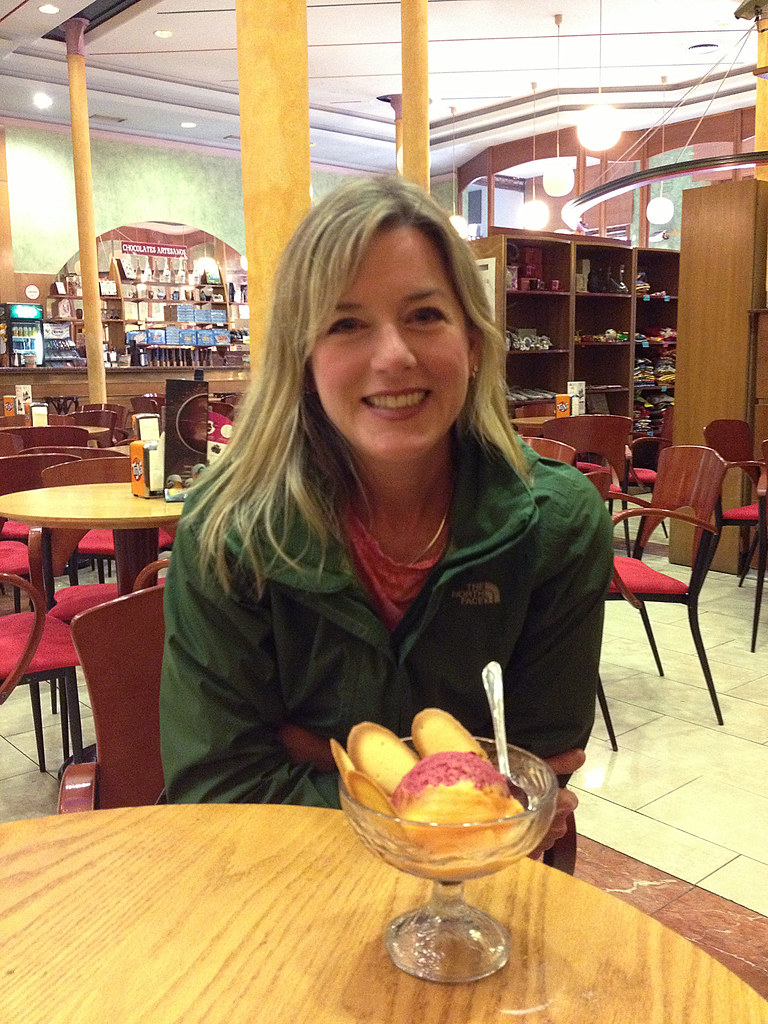 They even had ‘Chocolate Sin’ flavoured gelato. I took advantage of the opportunity. 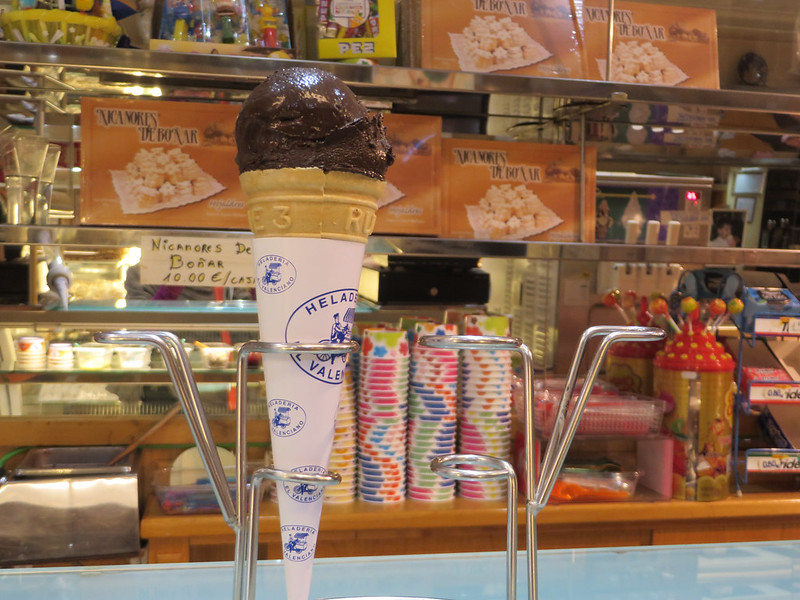 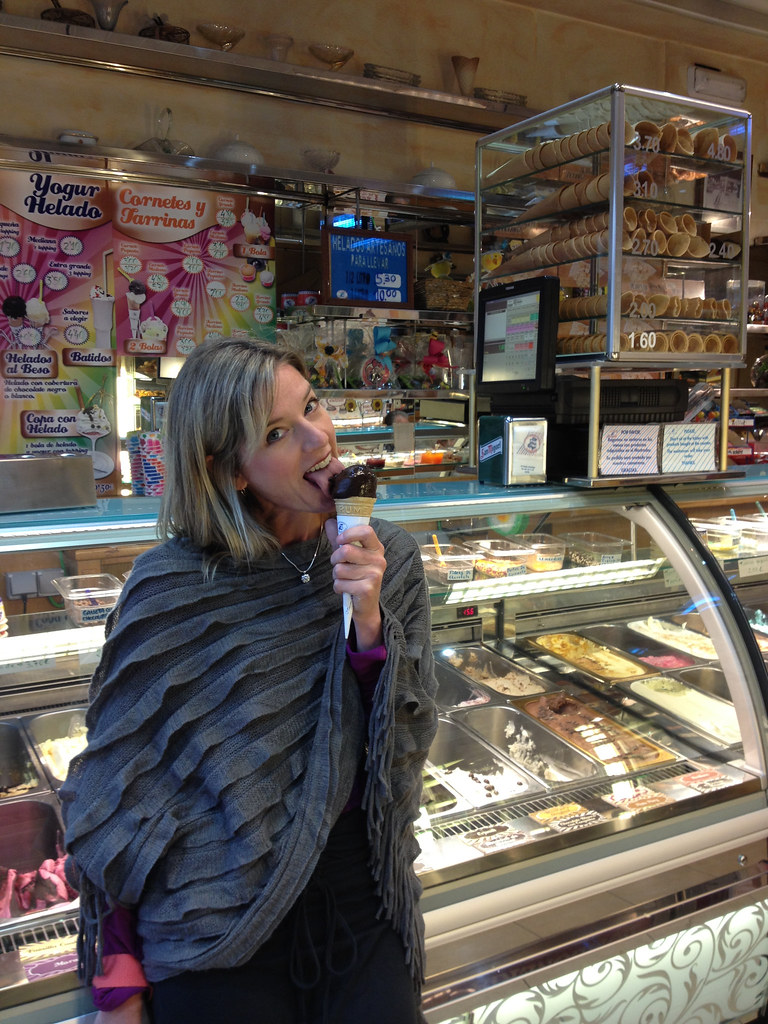 I have spent almost the entire day with Karen from Winnipeg. We walked 18 kilometers to León together this morning and decided rather than stay in an albergue with all the ‘sickies’ we would share a hotel room for 22 euro each. Yee ha! No snoring, no one throwing up and no bunk beds!

We each have a regular twin bed with clean-smelling sheets, warm bed spreads and fluffy pillows plus we have a clean, dry bathroom floor, a nice hot shower with a large, powerful shower head and soft cotton towels to dry off on. Luxury for the pilgrims! I’m so excited!

I told Karen what I was writing. She laughed and said I was being too happy since I don’t yet know if she snores. Also, there were some noisy Spanish people in the neighbouring room who have since gone out. They will be back at some point tonight. Hopefully they don’t disturb us too much. 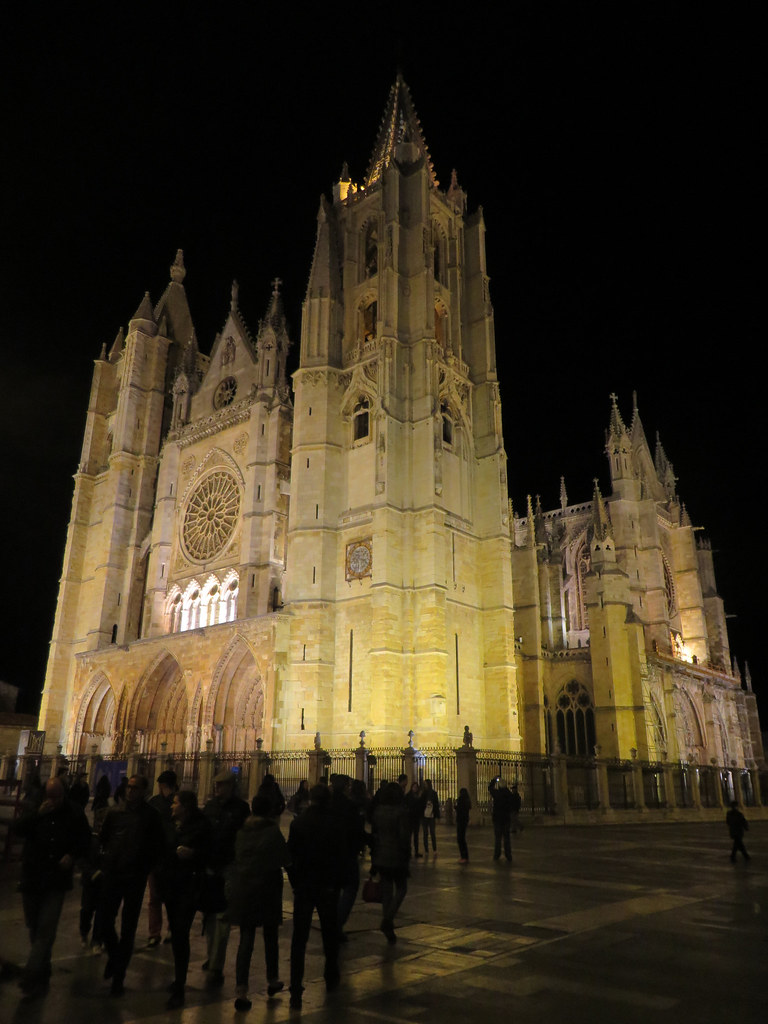 Earlier, Karen and I attended an organ concert at the Santa María de León Cathedral. What a fantastic experience! The high stained glass windows and high domed ceilings were dimly lit while the organist played his dramatic and mysterious masterpieces. 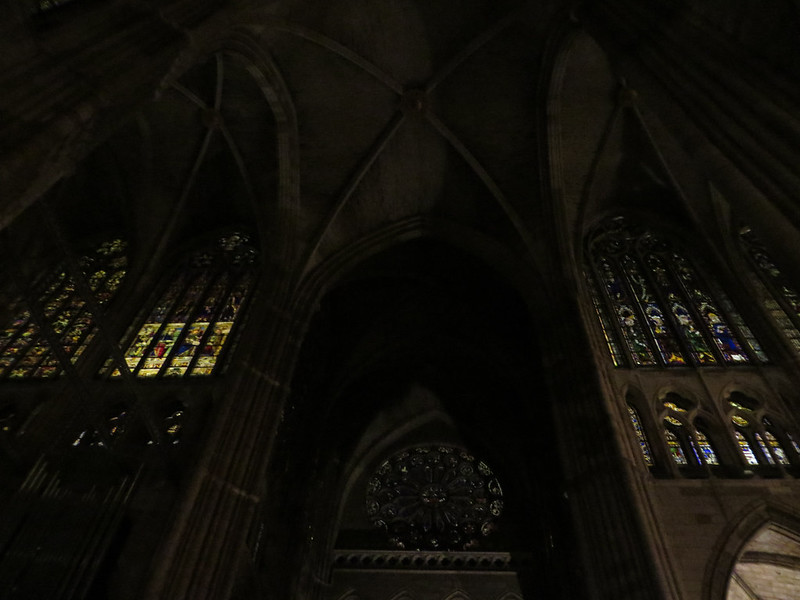 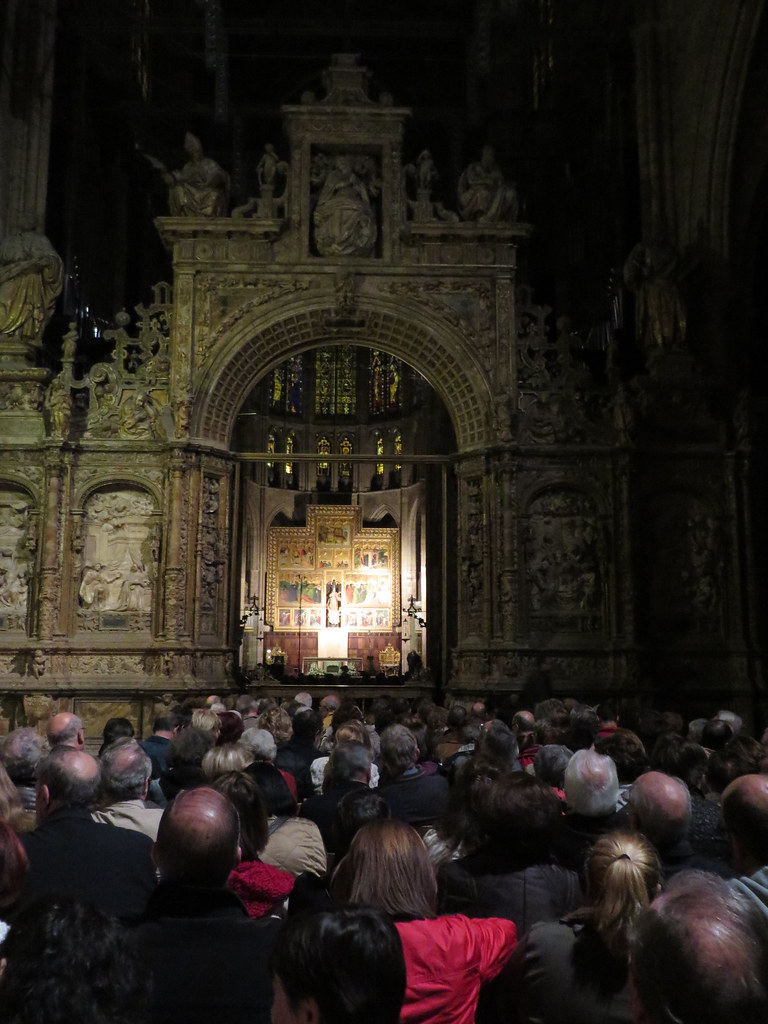 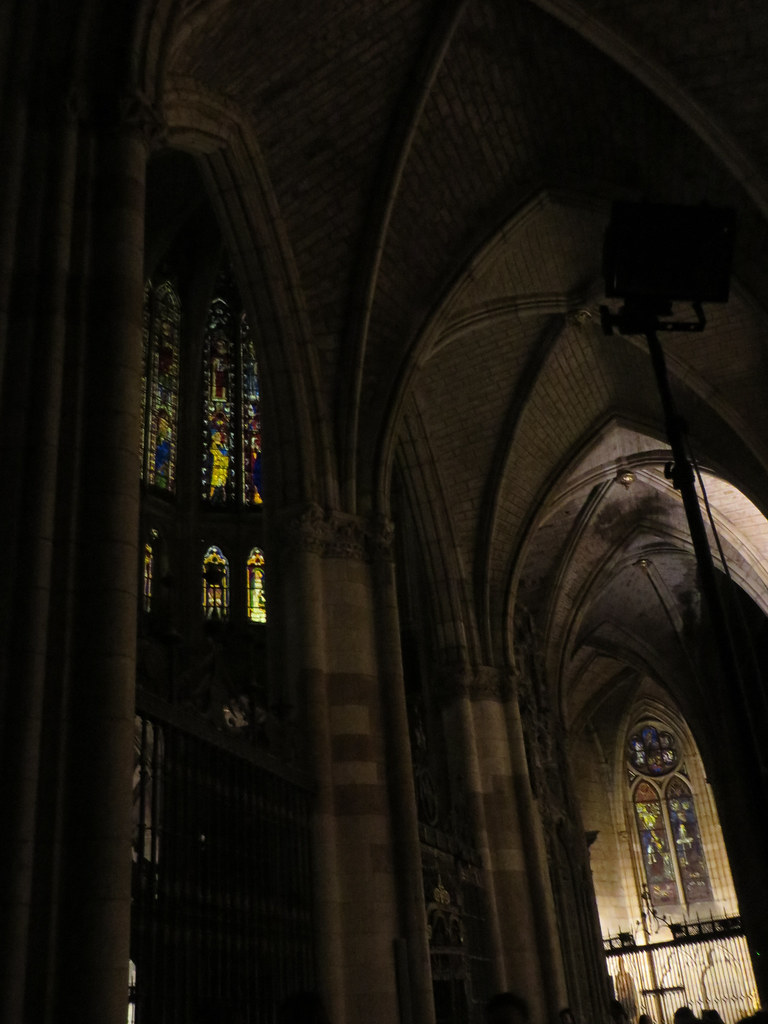 I was in awe. It felt so surreal to be in such a magnificent place listening to such hauntingly beautiful music.

Afterwards, Karen and I walked back to our room, but I decided to go out again and see if I could find some lost pilgrims in the streets. 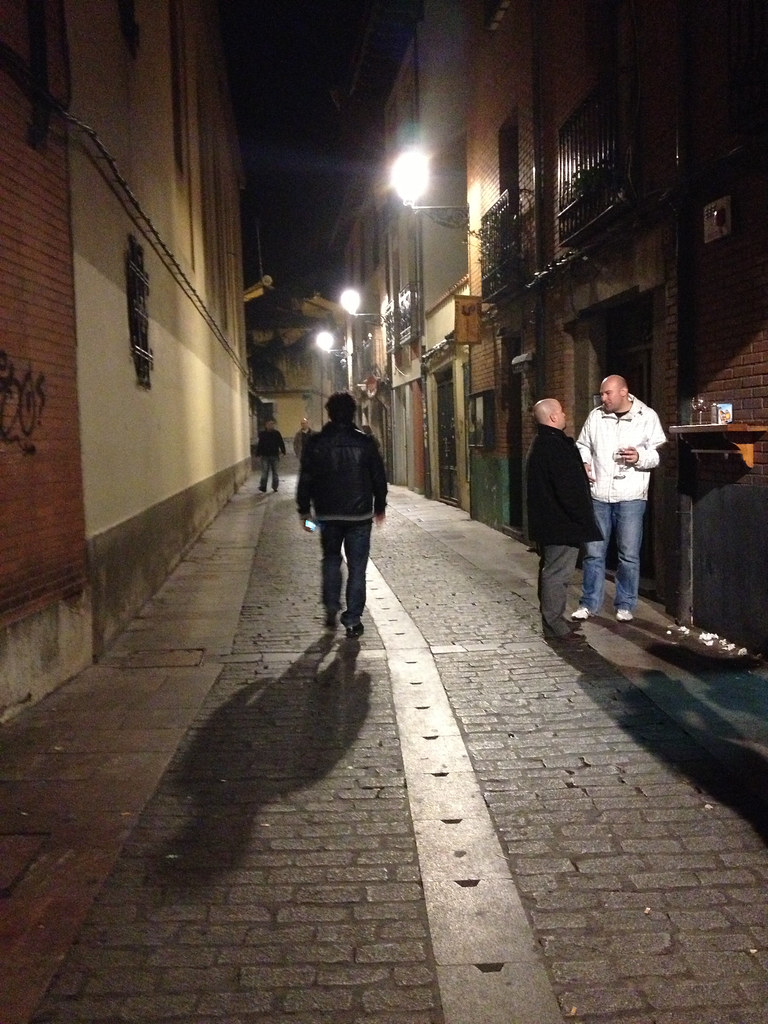 I didn’t find any, but instead observed the nightlife of León and went into a few bars. 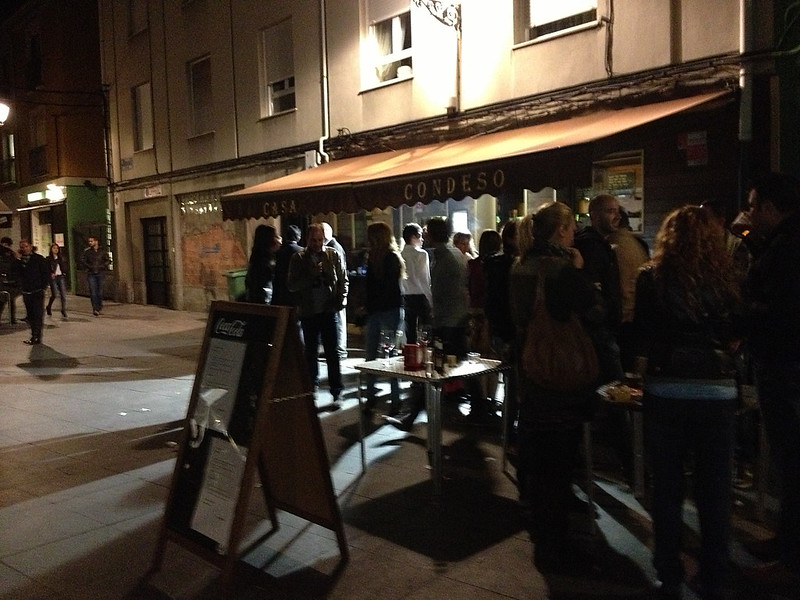 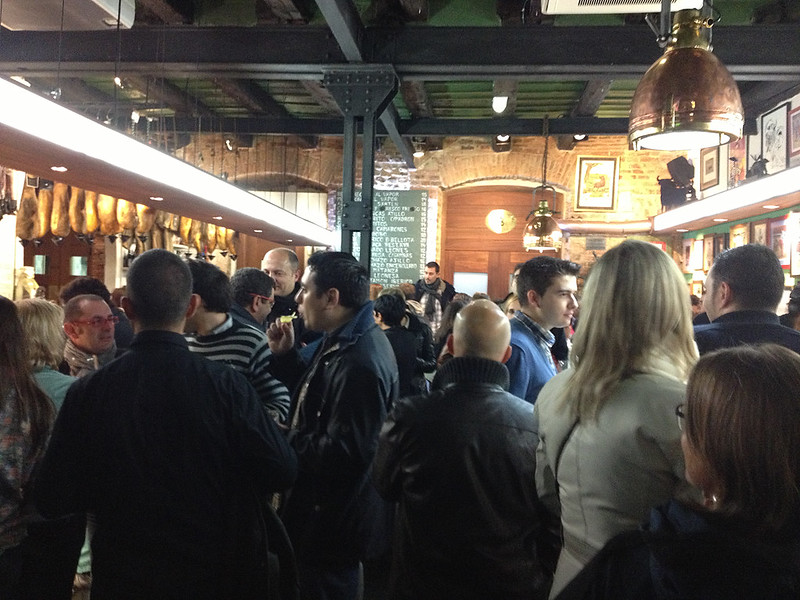 I tried a Shandy. Andrew said they were really good. I asked the bar tender, “Cerveza con limonada. Como se llama?” He told me what it was called in Spanish – sounds like ‘Salmorkhor’. It wasn’t very good – sweet beer. Gross. A vino tinto would have been better.

Now, I’m lying in my very clean-smelling bed doing my nightly journaling. Tomorrow, I will get my credencial stamp from the cathedral and see a few more sights around the city before I make the next 22 kilometre trek to Mazarife.