I didn’t know all of the things that you can make with honey until I visited Babe’s Honey Farm, located on Blenkinsop Road in Victoria.

Not only that but about the interesting way in which our fuzzy black and yellow stripped friends of blossoms make honey. It’s quite a process according to a YouTube video I watched recently. Not all of it a pretty vision, but it’s a unique way of turning a lovely smelling flower into something that you can put on toast, consume in a fizzy cultured drink, and make into lip balm and candles. 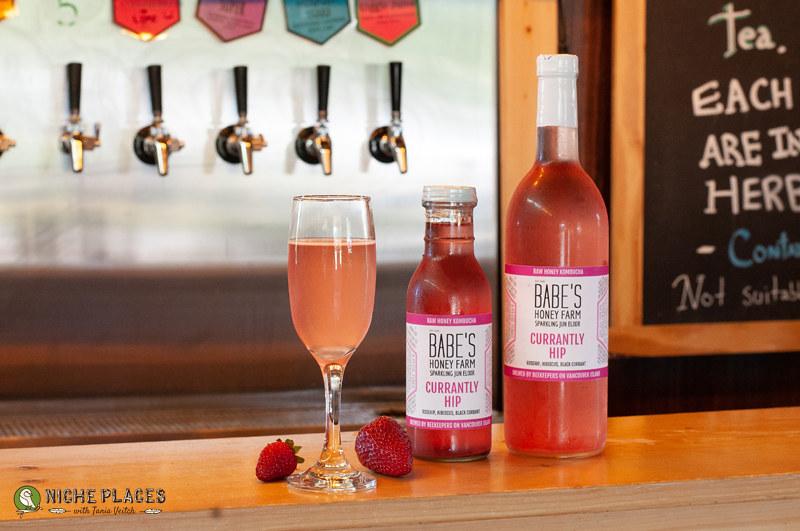 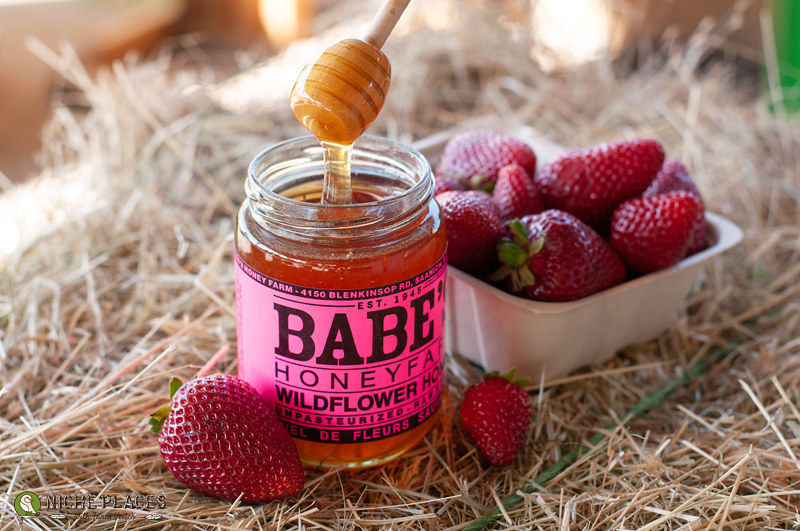 Honey is processed right at the farm 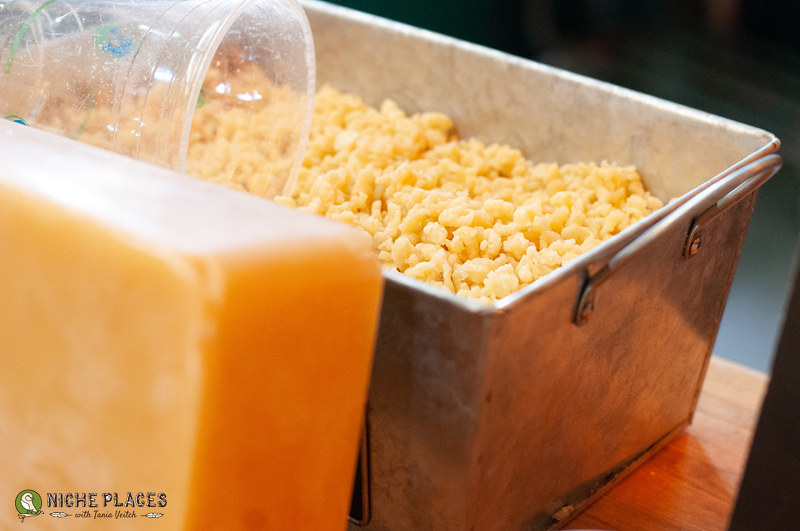 You can purchase beeswax to make candles! 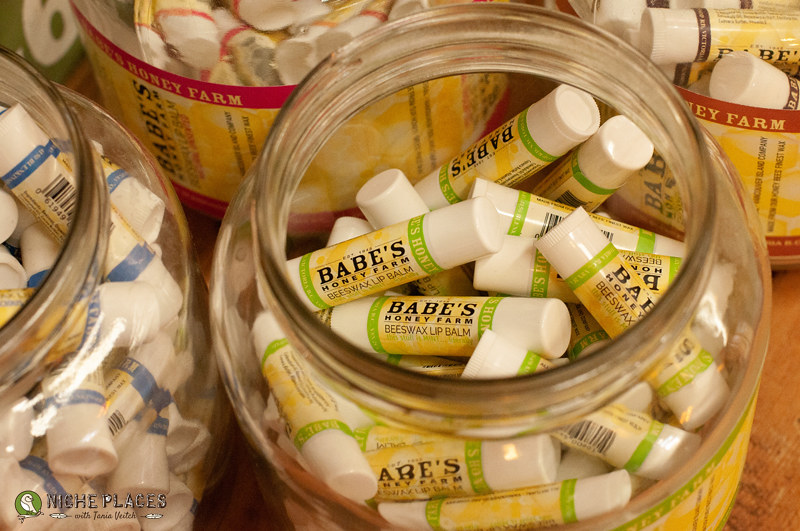 On my first visit to Babe’s Honey Farm, I met Josiah who was behind the bar and eager to share a taste of the sweet-tart fizzy drink. He let me taste several of the flavours he had on tap including ginger, mermaid tears, currently hip, and ‘super’ made from ginger, elderberries and cayenne. 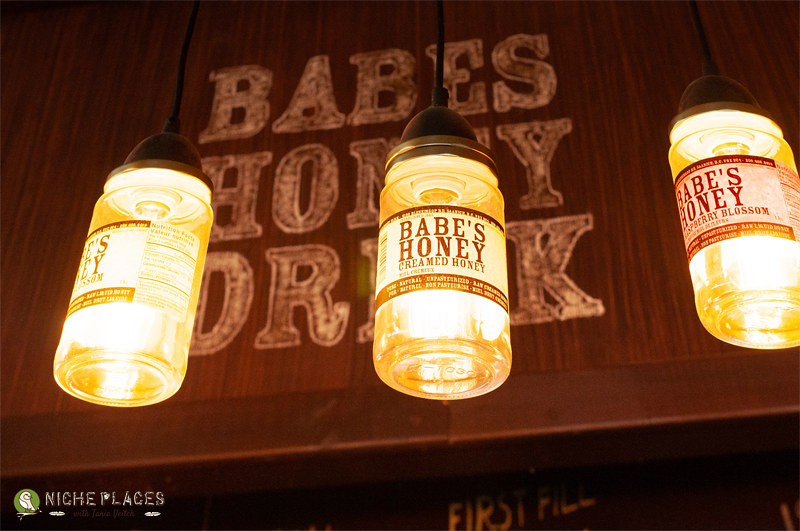 He poured a mixture of two flavours for me. It was absolutely delicious! I highly recommend stopping in and trying some. 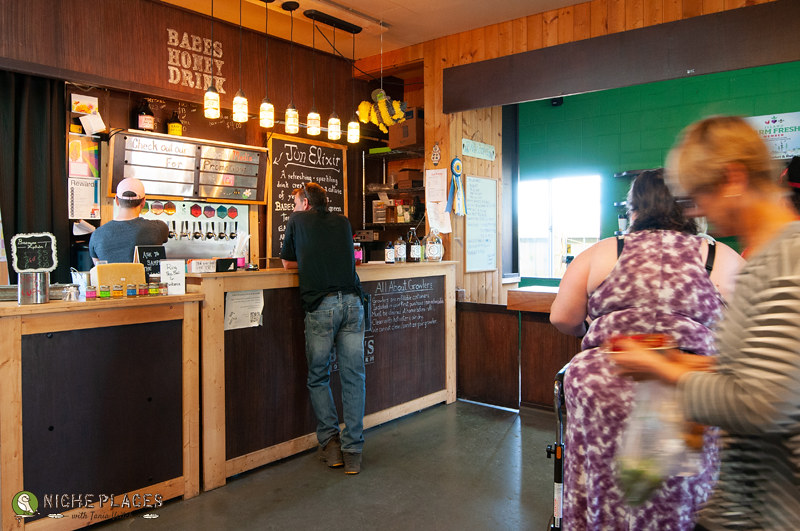 If you like it and want to take some home for later, you can buy jars and bottles of honey kombucha from their refrigerator. 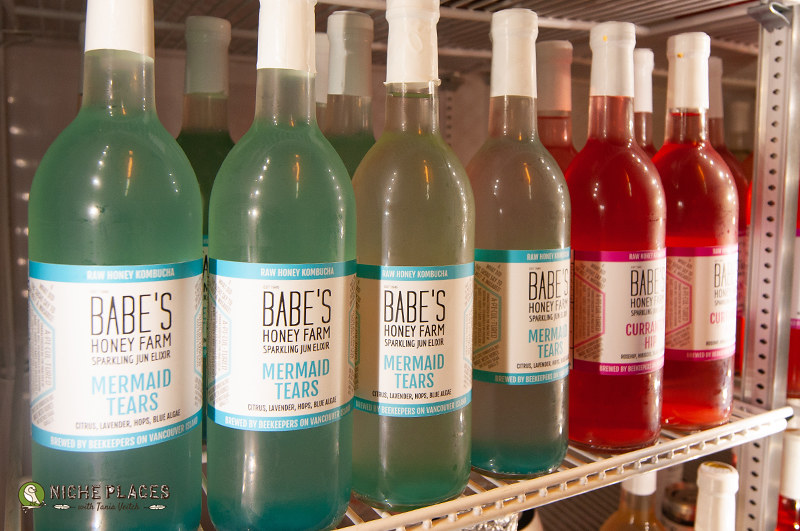 You can also purchase a growler or one of the other refillable jars and bring it back for a refill. 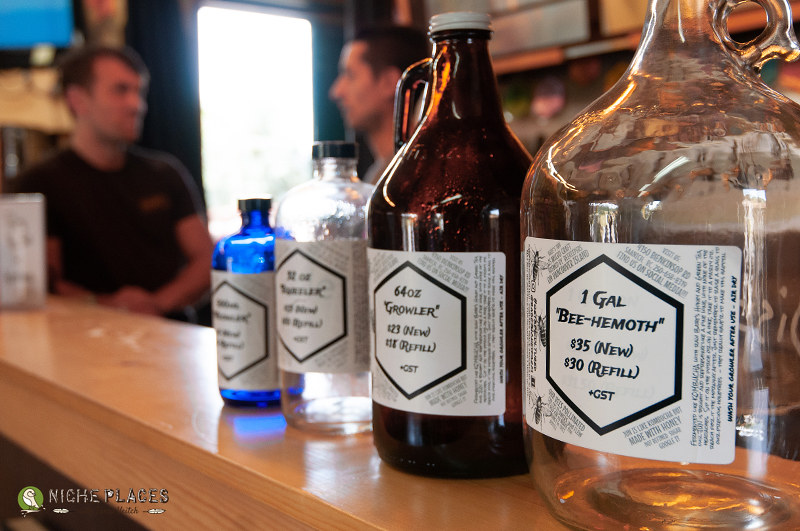 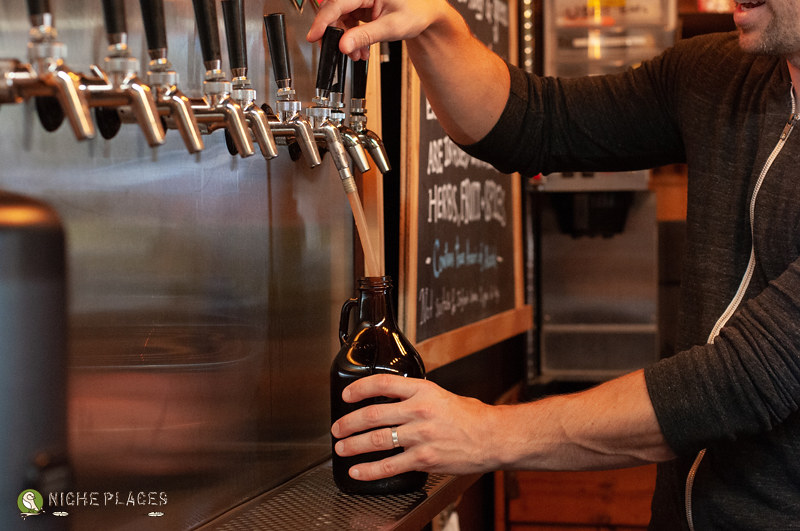 There are a few differences between regular kombucha and jun (honey kombucha). Both are cultured drinks, but regular kombucha is made with table sugar and black tea. It tends to taste more vinegary or in Malcolm’s terms, “barn-yardy or funky”. Honey Kombucha (Jun), however, has a cleaner and more refined taste. Plus the sparkling bubbles produce a fun fizzy texture on the tongue.

Babe’s honey kombucha is made using raw honey produced by their own bee hives. They add a mixture of green and Oolong teas to it and when it reaches the right temperature, they add in a bacterial culture and let it ferment. Some varieties also get an extra kick of Earl Grey or Jasmine tea at the end.

Brewing kombucha is similar, in a way, to that of making beer or cider except not as complicated. In the same way that beer brews in vats, so does Jun. It needs to sit for a while at a certain temperature in order to ferment.

Jun is brewed with a SCOBY (symbiotic culture of bacteria and yeast) although Malcolm, the brewer, says Babe’s is moving more towards using pure cultures and less SCOBY in their honey kombucha. Raw honey is the food source for the culture.

Malcolm says that in order to get a pure culture they use a lab that specializes in cultures for the brewing industry. The lab has a selection of lactic acid bacteria. They also isolate some of the lactic acid bacteria cultures already present in the existing drinks, honey, and beehives. The lab grows them and sends the pure culture to Babe’s Honey Farm so they can add it to the drink and ferment it.

Made and Served at the Farm 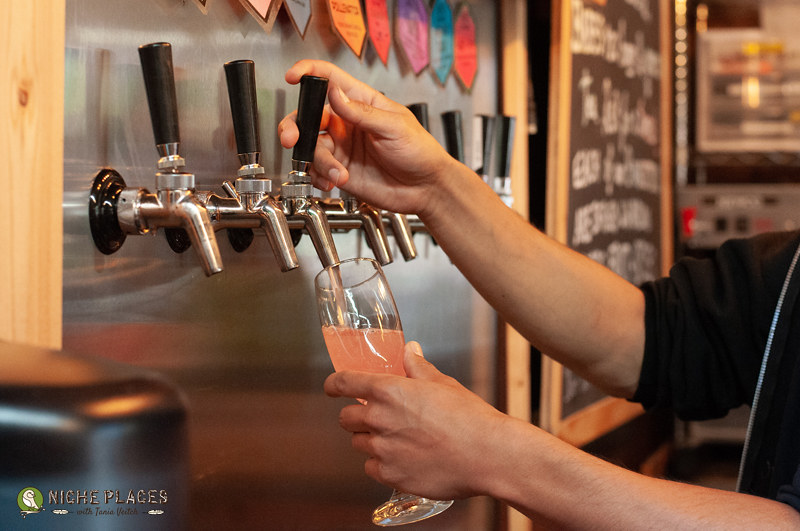 Babe’s entire kombucha process (as well as the honey-making process) is done right at the farm. Here’s what they do to get this flavourful, cultured, fizzy drink:

• Boil water, steep tea for a few minutes
• Mix in raw honey until dissolved
• Cool down and mix with cold water
• Put in fermention tank
• When at the right temperature, add culture (SCOBY or pure)
• Wait for one week
• Put the mixture into kegs and bottles
• Add flavour 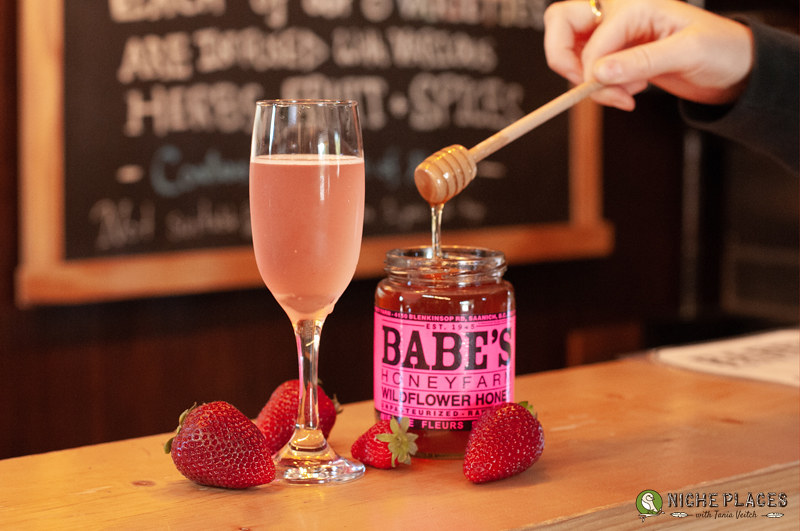 The flavouring and colours are all natural and taken from produce, spices and herbs. They even use the delicious strawberries that Galey’s Farms produces! And believe me, they are so red (all the way through) and sweet. Malcolm admits, though, that he prefers the taste of the everbearing strawberries (Albion variety) which produce from July through to October because they have a slightly tarter taste than the June berries which he dubs “sugar berries”. 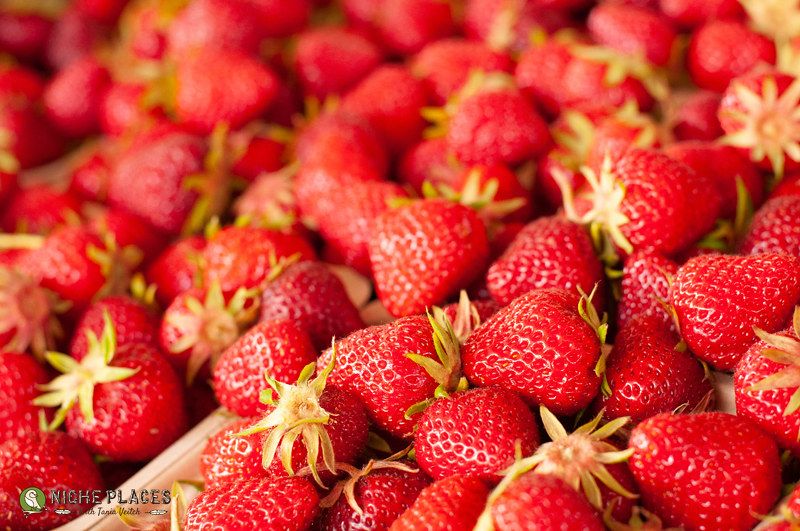 Babe’s Honey Farm has their own bee hives which are positioned in various locations, such as the middle of blueberry, raspberry or clover fields, in order to get different flavours of honey. Some are also positioned in special fireweed locations. 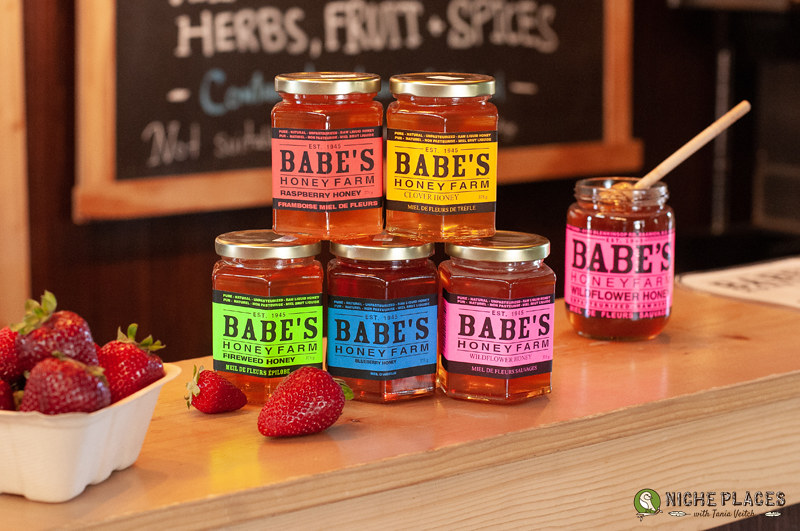 Bees from the positioned hives bring in nectar from the field blossoms. They process the honey in frames inside the hives where the moisture content is reduced. Beekeepers then pull out the frames and transfer the honey into barrels.

Honey has an indefinite shelf life assuming that the moisture content is low enough and that it is stored inside a closed container. 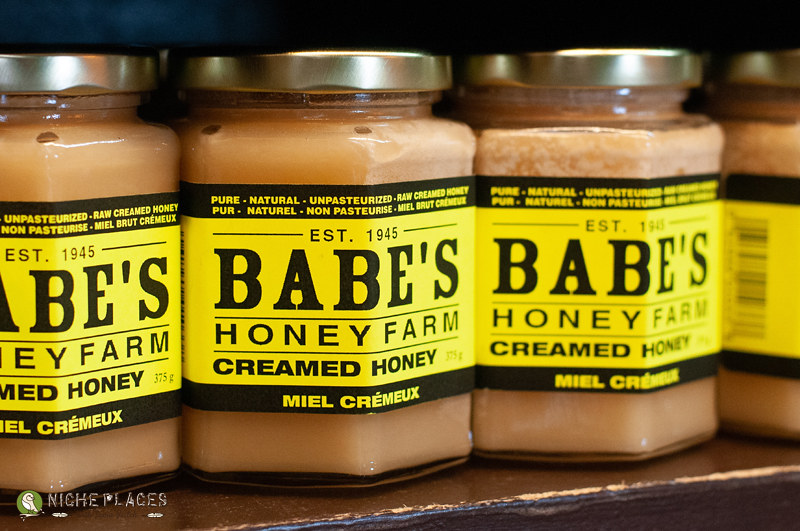 Babe’s even sometimes carries comb honey which still has a wax structure!

Why Fireweed Honey Is Rare 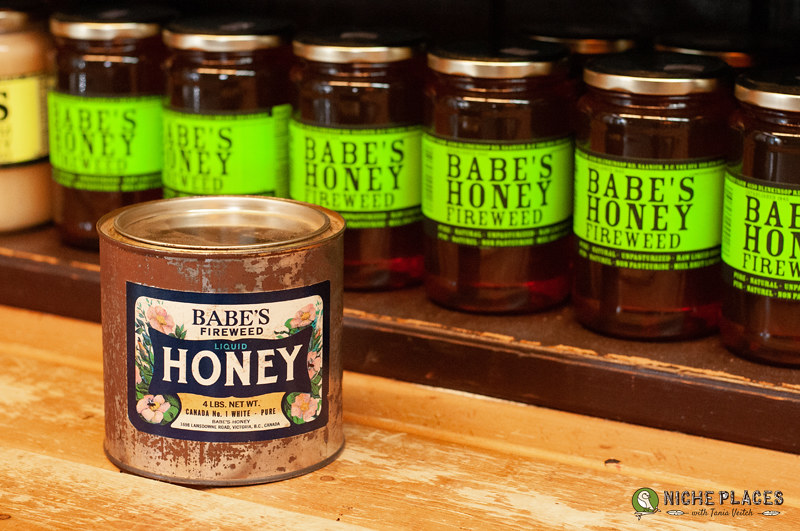 When slash and burn logging was more of a thing, fireweed popped up in abundance. It was easy to plop a bee hive in the middle of clearing and come away with that type of honey. Because logging practices have changed, fireweed-flavoured honey is rare and quite a bit more expensive than other varieties.

Babe’s Honey Farm was founded by Babe & Charlie Warren back in 1945 and began with a small loan and only one bee hive. It encountered a little bit of drama back in 2011, though, when the owner at the time, Mark Pitcher, ran into some trouble with the law. As a result, Babe’s Honey Farm went into receivership.

Thankfully, in 2012, some of the former staff members and a few friends brought the Babe’s brand back to life under new ownership. It is continuing to thrive and provide Vancouver Island with a large variety of delicious honey products! 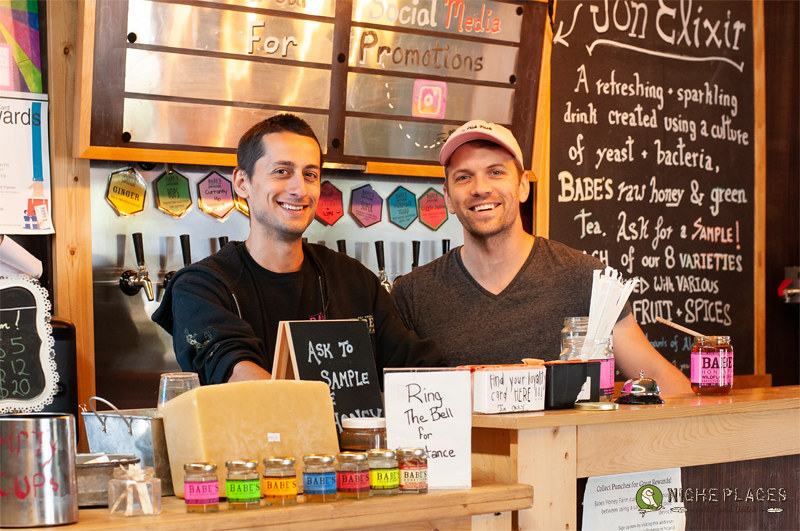 If you stop in at Babe’s Honey Farm, you’ll be greeted by friendly staff like Malcolm, Joe or Josiah who are more than happy to give you a taste test and fill you in on the inner workings of making honey or jun.